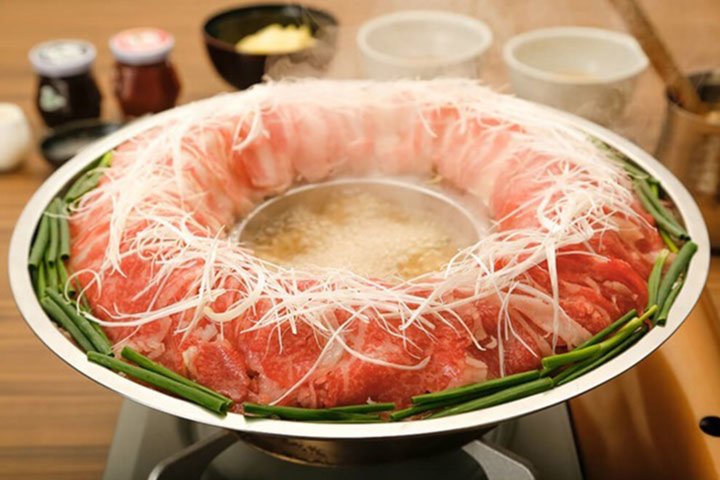 『Takiniku nabe』is new style of Shabu-shabu that is popular in Hakata. You will get addicted once you tried this.

『Kintsuta』, located near Tokyo Midtown in Roppongi, serves「Takiniku nabe」 that is popular in the「Haruyoshi」in Hakata, Fukuoka.

「Takiniku nabe」is a new style of a Hotpot where you cook the meat and vegetables in the cow tail soup similar to Shabu-shabu. In a special hot pot, vegetables directly deliver from Kyushu,「Kokuhoubuta」from Kagoshima Prefecture, and Japanese black wagyu sirloin from Kyushu are presented. The meat is so fresh that it is very delicious to eat it rare. These special pots, their functions, and way to acquire are patented and design is registered. Customers can only enjoy this specialty in 『Kintsuta』.In addition, a 「Japanese black tea」 is severed after dinner, which makes the course full of the taste of Fukuoka.