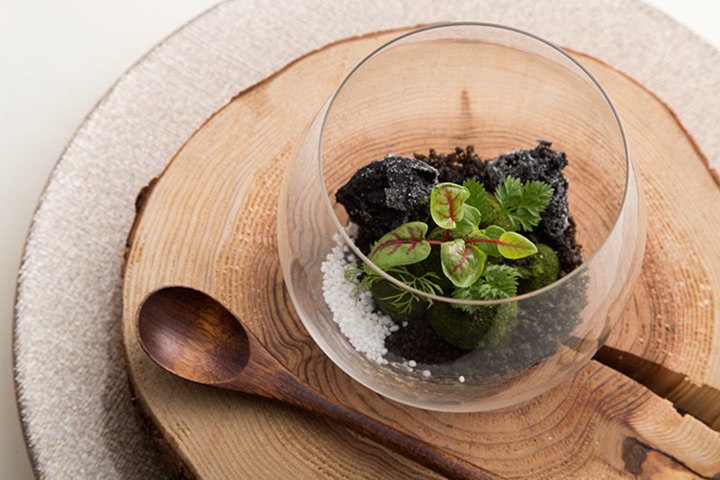 Delicacies, sake, French cuisine. An innovative restaurant that can found only in Kyoto.

In April 2017, a new style Japanese cuisine restaurant with a signboard touting Japanese cuisine gastronomy opened in a quiet place in the recently popular Gosho-Minami near the Kyoto Imperial Palace - Kyoto's number one tourist spot.

As the grandson of the founder of a long-established delicacy shop in Kyoto which has many famous restaurants and hotels as customers, owner Kozo Noda, developed an interest in food after being exposed to high-end delicacies and rare ingredients from a young age. Chef Noda trained at various restaurants for 8 years before he started working at his parent's restaurant, Kyo Taisanboku, at the age of 24. After working as head chef for 5 years, he became independent at the young age of 29.

The dish that most represent the restaurant's concept is the specialty "moss terrarium". It is a dish that allows you to really experience the delicate work of the chef from the combination of foie gras and white miso to the surprising appearance. Both smoked fish and A5 rank beef steak have strong color of French cuisine. But there are also dishes such as Miyamacho's (Kyoto) Koshihikari rice and soup. And they also serve other Japanese food like okara (bean curd lees) and soy milk for dessert, a new combination of Japanese and French cuisine. In addition, chef Noda has a strong relationship with sake breweries and liquor stores nationwide, from his experience at Kyo Taisanboku. As a result, rare Japanese sake appears in the pairing, which gives a fresh impression to guests who are not familiar with sake. 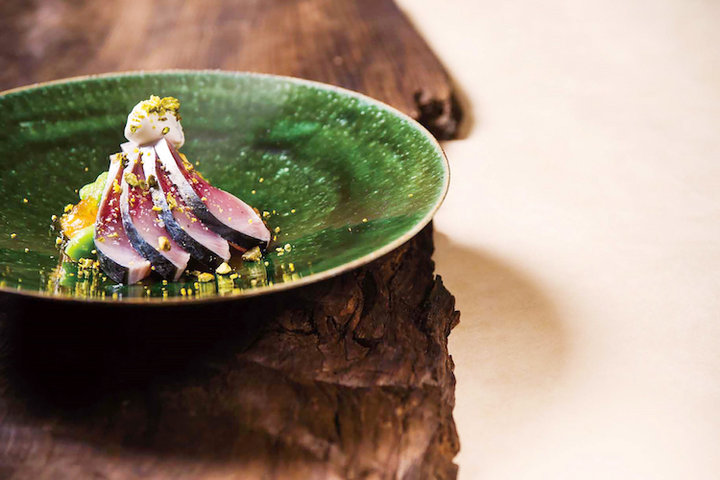 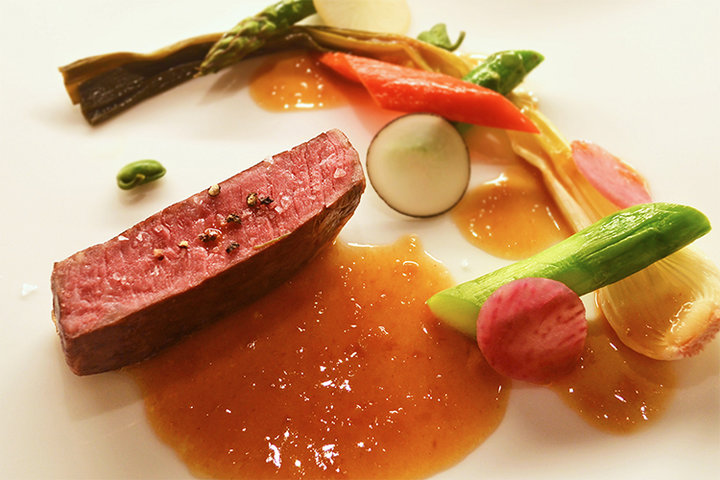 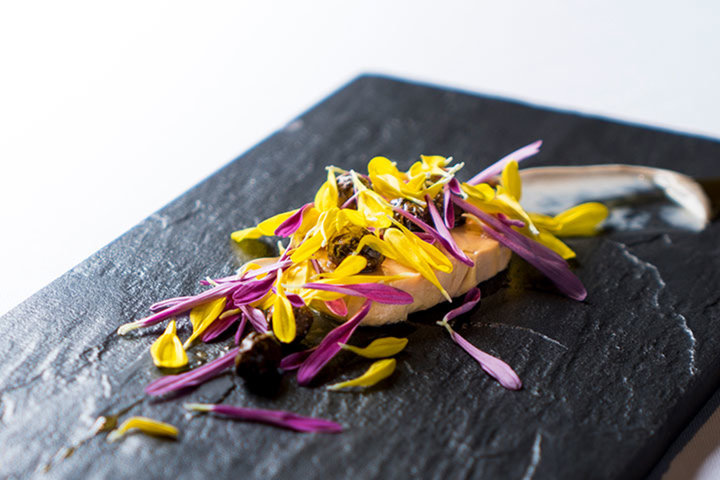