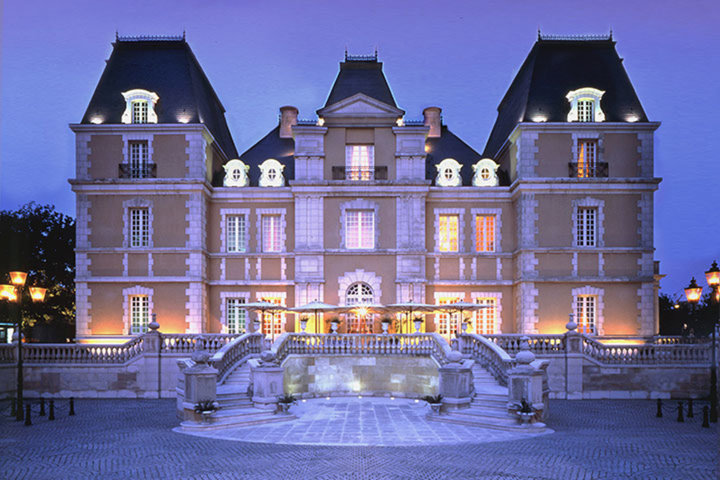 Joël Robuchon was awarded the Meilleur Ouvrier de France (MOF) at just 31 years of age, and was awarded world gourmet guide award at age 39 in the shortest time ever in the history of the guide. By 2006, having captivated the world with his talent for modern French cuisine, Robuchon had earned a total of 26 world gourmet guide award, the most of any chef in the world. He has opened restaurants around the world, including in Paris, London, and Hong Kong, but the master chef’s connection to Japan dates back to October 1994 when he was appointed culinary supervisor at Château Restaurant Taillevent Robuchon in Ebisu. Compared with other regions, it is Japan where Robuchon has most notably expanded the number of his restaurants.

Among these, Joël Robuchon Restaurant located inside Yebisu Garden Place was opened for the first time worldwide as the premier restaurant of the various Joël Robuchon brands. The elegant stone building, reminiscent of a French chateau, has an overwhelming presence that is perfect for welcoming over-indulgence from around the world. The champagne gold color scheme together with the exquisite lights that shine from the Baccarat chandelier and the sparkling crystals embedded in the wall work in harmony to create an elegant atmosphere.

Taking command as Executive Chef is Michael Michaelidis, who was appointed to the position at the age of 35 in November 2017, and who, combined with his tenure as Executive Chef at the Singapore Restaurant, has earned a combined total of five world gourmet guide award. Capturing the essence of Robuchon’s gastronomy by using the highest quality ingredients in abundance to bring out each ingredient’s potential, Michaelidis uses a youthful sensibility that brings a breath of fresh air to French cuisine in Japan.

And, when talking about Joël Robuchon’s charm, it is essential to mention the impeccably refined service. No effort is spared in putting guests at ease and serving only the best food and wine without distractions. It is their commitment to provide each guests with an unforgettable dining experience and intimate hospitality.

up to Yebisu Garden Place