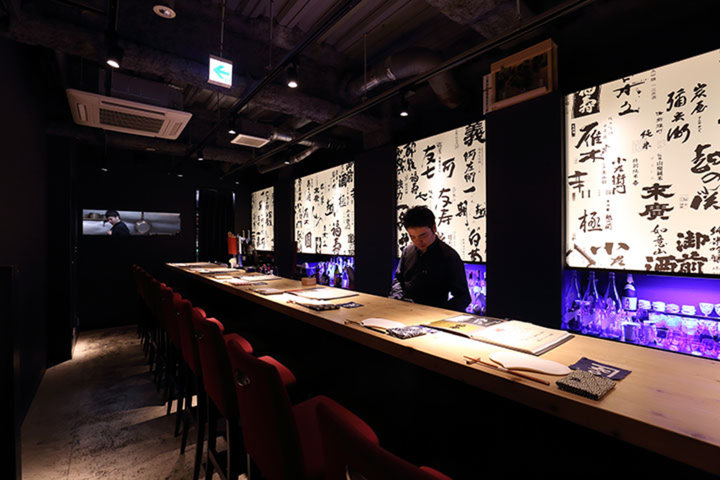 A rediscovery of sake, well-matched pairings of sake with the dishes.

Sake BAR "Akaboshi to Kumagai" is located on the seventh floor of a building that also has many other restaurants in Azabu–Juban. The name of the bar owes its existence to the surnames of sake sommelier Keita Akaboshi and chef Michihiro Kumagai. Thanks to the pair’s strong teamwork, the bar has gained a reputation as a place where guests can enjoy the utmost pairing of Japanese sake.

After graduating high school, Mr. Akaboshi received his certificates as a licensed wine sommelier and sake taster, then he worked in the US as an importer of local Japanese sake. For the following 16 years, he based himself in New York and continued to introduce local Japanese sake all over the US and set up a Japanese sake bar. Meanwhile, Kumagai, who wanted to become a chef since the age of 15, studied Japanese cuisine in his hometown Mie Prefecture. After completing his studies, he went to Tokyo and worked in an Italian restaurant before he moved to the US. In New York, he helped set up new restaurants and also worked as head chef in a Japanese restaurant in Brooklyn. He found a kindred spirit in Akaboshi, who he had met in New York, and they opened Akaboshi to Kumagai in July 2015 in Japan.

The food menu at Akaboshi to Kumagai are made to match with sake. Base on Japanese and Italian cuisine, the menu makes use of seafood from Tsukiji Market and vegetables and fruits are sent directly to the restaurant from contracted farmers. A specialty of Akaboshi to Kumagai is the mint-flavored strawberry and water buffalo mozzarella salad. The dish is offered all year-round, although the fruit may change depending on the season. The bar stocks about 350 varieties of sake and is able to suggest pairings to match with the food. The sake is served at the right timing, with the right temperature and the right glass for each dish. There are many guests who are impressed by the pairings. 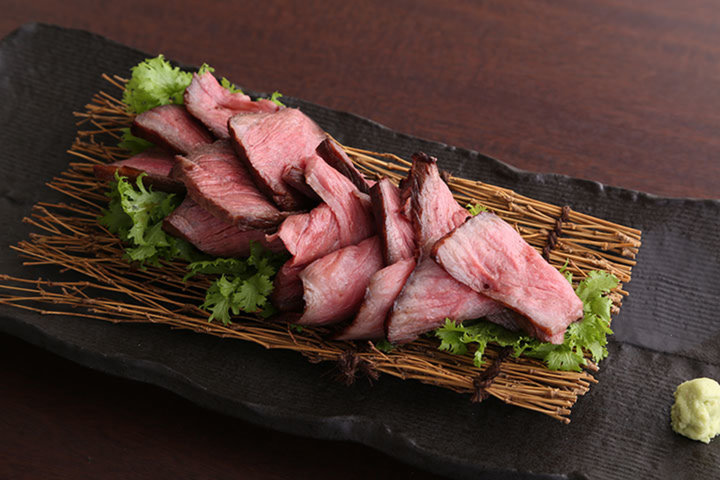