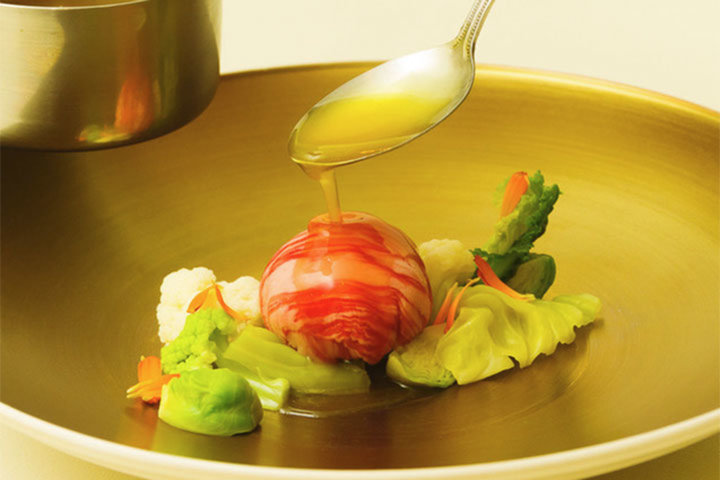 A French restaurant that charms with its organic vegetable dishes and Japanese-style private rooms.

"Meilleur Avenir a Tokyo" is a French restaurant in a tranquil location one street away from Aoyama-Dori in Minami-Aoyama, Tokyo. The restaurant name means “the best future for Tokyo”, and the restaurant was created with the aim of becoming the best and finest among the numerous restaurants in Tokyo.

The chef, Kenichi Hiramoto, worked at Shukouju, a French restaurant in Yokohama, before he went to France. He then worked at "L’Axel", a one-star restaurant for three years. After he returned to Japan, he spent some time at "H × M" in Hiratsuka before he launched "Meilleur Avenir a Tokyo" in July 2016.

His specialty is “Espuma of Soft-boiled Egg, Watercress and Browned Butter with Salad and Fresh Iberico Ham”. It’s a dish that can be enjoyed in various ways, such as place the fresh ham on top of the soft-boiled egg or mix it with the salad. In addition, the dishes, especially the appetizers, are characterized by using vegetables from Hiratsuka, Kanagawa, which is chef’s hometown. The strong presence of the vegetables in the course cannot be enjoyed anywhere else. The dinnerwares are from 'Kamachi Toho' (Saga Prefecture), favored by many top chefs. The modern design of the dinnerwares also reflects Chef Hiramoto’s desire to emphasize on the role of vegetables. A variety of wine is included, in addition to French wines, Bulgarian wines that are rarely served in restaurants in Japan, are also available.

Monday, Monday or Tuesday when Monday is a public holiday. 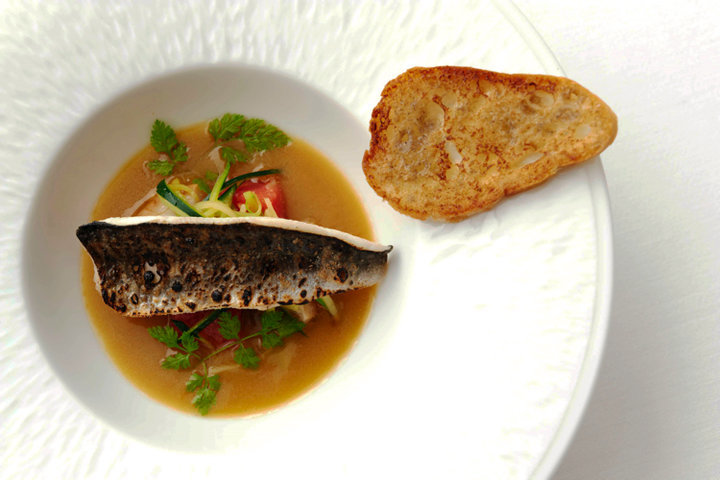 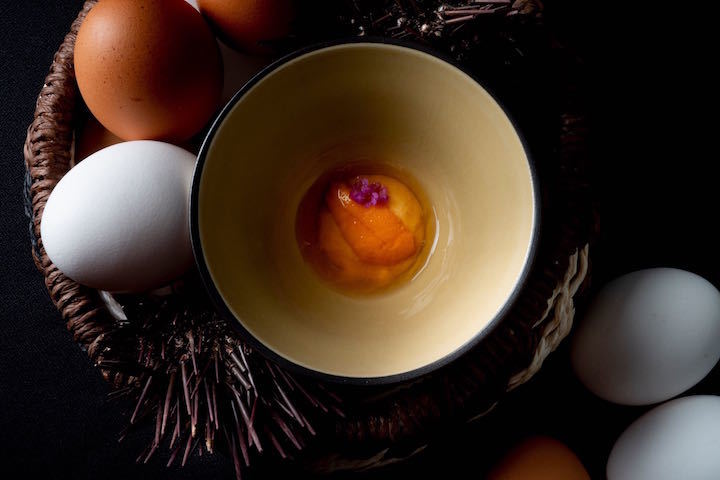