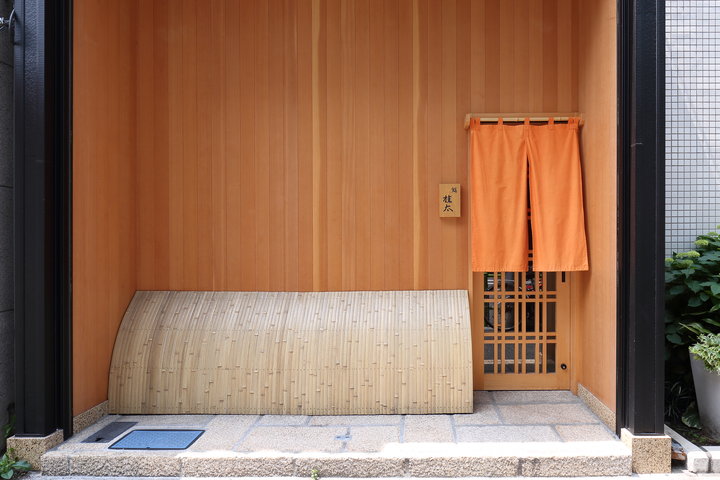 Tsukiji in Tokyo is the gathering point of Japan’s finest ingredients, and behind the Tsukiji Hongan-Ji temple that is just a little ways from the market, you will find the world gourmet guide award restaurant “Sushi Keita,” which opened its doors in September 2017. The restaurant is run by Chef Keita Aoyama, who came from Hokkaido originally and went on to Tokyo after working at ""Sushi Sai Wakichi,"" a world gourmet guide award restaurant in Sapporo. Once in Tokyo, he went on to further his skills at famed Ginza establishments, including ""Sushi Mizutani"" for 2 and a half years and ""Sushi Taichi"" for 3 and a half years, before venturing out to run his own restaurant at age 30.

Chef Aoyama has a deep familiarity of Tsukiji market that grew hold after he first made his way to Tokyo, which of course made it a natural choice of location when the time came to open his own restaurant. He says that “I didn’t want it to be the type of sushi restaurant that people could only come to for celebrations and special occasions, but rather an everyday kind of place that you could come to whenever you felt like it.” With that sentiment in mind, he focused on creating a relaxing environment where each and every guest could enjoy their meal without any stress or pretension in the air. Chef Aoyama has a lighthearted personality, which is complemented by the friendly demeanor of the restaurant’s proprietress who takes care of everything on the hospitality end. These two personalities come together to create a warm and comfortable dining atmosphere, so even first time patrons can enjoy their fill of sushi without the slightest bit of awkwardness or apprehension.

Chef Aoyama blends his own personal style together with his hard-earned experience of working at several noted restaurants preparing Edomae sushi, otherwise known as “Tokyo-style” sushi. And at the same time, he still has his sights on achieving even greater heights. He has a keen awareness for balanced flavors and moderates aging, vinegar marinades and other such measures to ensure that the inherent flavor of each ingredient can shine through unhindered. Chef Aoyama also focuses his attention on getting the best possible temperature for each dish he puts out for guests. For example, he handpicks each squid at the start of the day before boiling it to perfection, and each conger eel is steamed under his watchful eye to make sure the temperature is just right. Some of his specialties include Hamaguri (Asian hard clam), Kohada (dotted gizzard shad), and mackerel, which all require delicate handling and preparation. For his sushi rice, he works with Akazu, which is red vinegar made from sake lees. This combination of rice and vinegar creates a splendid union of acidity, fragrance, and savory umami flavor that delight the taste buds.
---------------------------------------------------------------------------------------------
* The availability of an English version of this page does not guarantee that the restaurant can provide services in English unless otherwise stated. Please be aware that, even if stated, there may still be days when English speaking staff are unavailable. 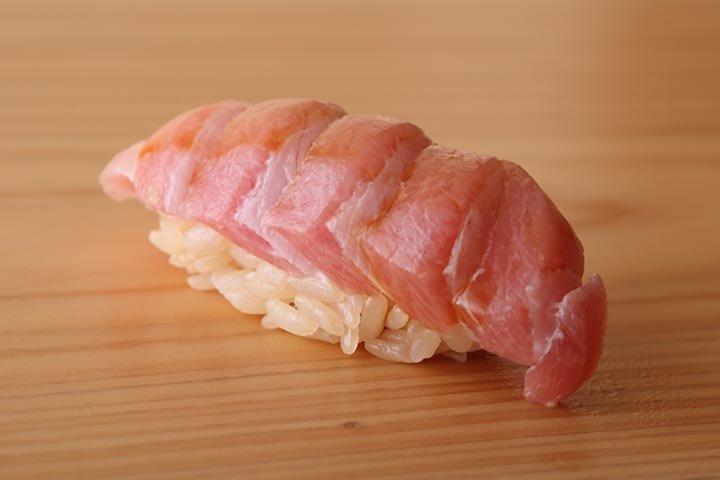 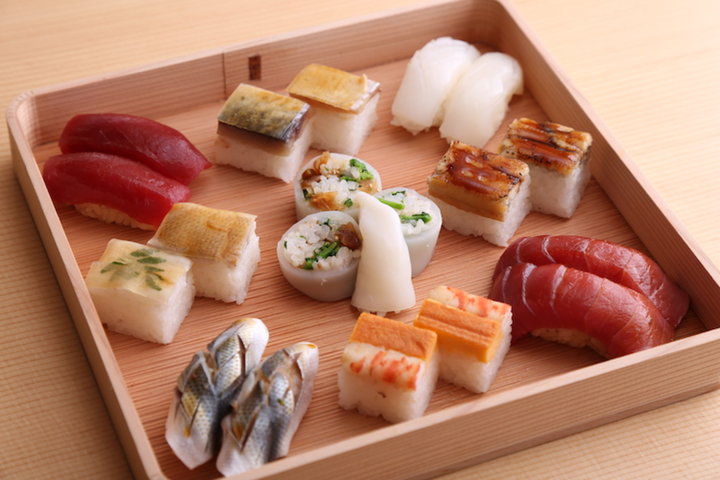 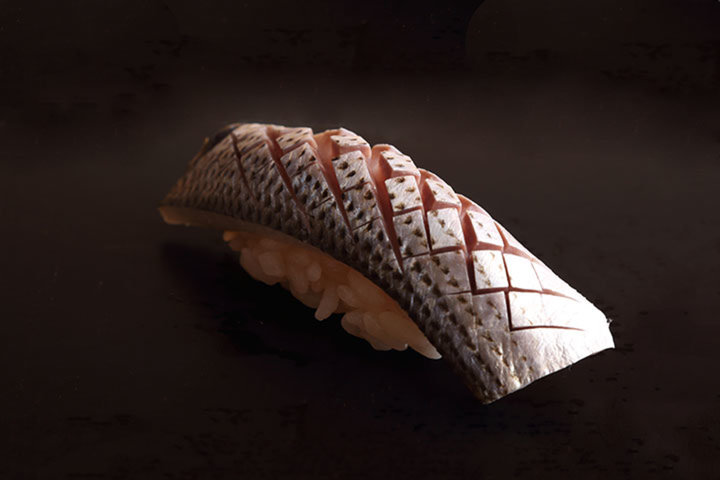 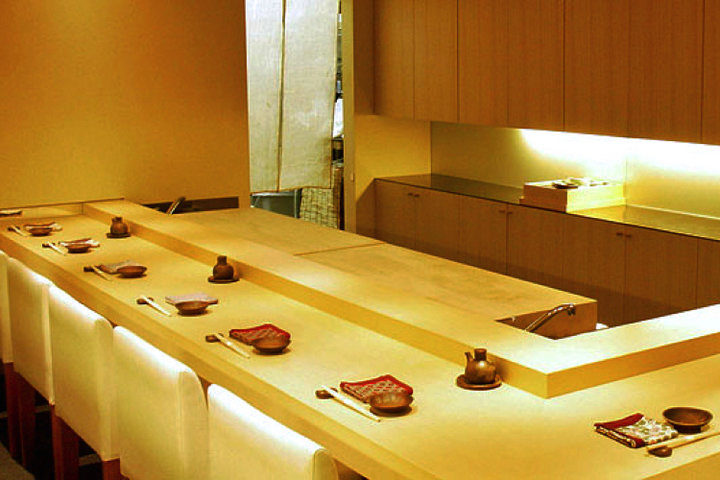