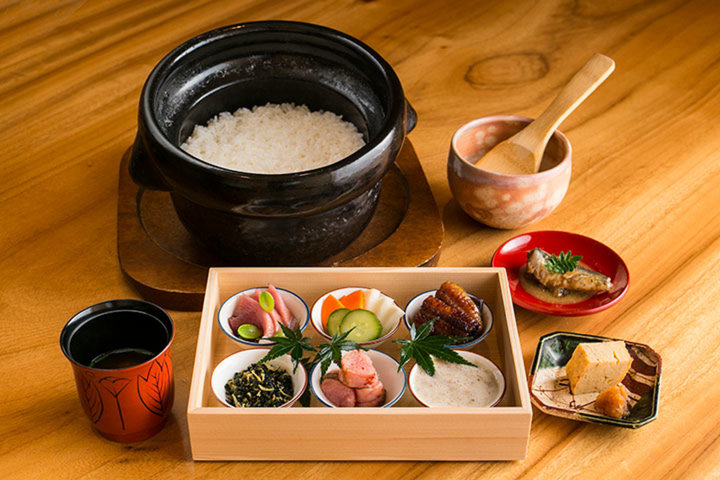 From Fukuoka to the world, a 1-star orthodox, yet innovative, Japanese restaurant

Located in the busiest shopping district, Nishinakasu, Hakata. In 2016, "Nihon Ryori Nagaoka" relocated to this bustling area where the streets are lined with famous restaurants.

Head chef Shugo Nagaoka honed his skills for 4 years at Hotel Okura Amersterdam's Japanese restaurant Yamasato and then a Japanese restaurant in Nakasu before opening his own restaurant, "Otona no Gochiso," in 2010. In 2015, he participated in the Milano universal exposition, where he became interested in sharing Japanese food culture with visitors from abroad. Nagaoka then relocated to his current premises—located 5-minute from the station and easily accessible from the airport—reopening his restaurant under the new name Nagaoka Japanese Cuisine.

Nagaoka has also worked with 'Slow Food Nippon,' and he recognizes the importance of knowing the faces and the feelings of the producers. He visits farmers and fishermen in person, incorporating the producers' feelings into his cuisine to deliver them to his customers. Nagaoka uses fresh seafood and vegetables sourced primarily from his hometown of Yamaguchi and nearby Kyushu, not adding too much so as to let the natural flavors of the ingredients shine. Nagaoka's true skill lies in his ability to use simple methods to bring out the deliciousness of the ingredients.

There is only one course on offer. First, in typical kaiseki style, diners are served a small bowl of warm rice porridge. Once their stomachs and hearts have been thoroughly warmed up, a selection of dishes incorporating seasonal ingredients follows. Finally, each diner is served his or her own earthen pot of steamed rice. Eight dishes such as home-style pollack roe, miso, and ground meat, rolled omelet, pickles, and Japanese yam accompany the white rice, so diners can enjoy a little bit of everything. The restaurant is also famous for its dried mullet roe, made with painstaking care, which can be ordered separately.
There is a 15-range of Japanese sake, mostly crisp and dry varieties which pair excellently with the food. 10 kinds of Japanese sake are always available, while the other 5 change according to the seasons. There is also plenty of local Kyushu sake. In addition to sake, a range of Burgundy and other wine and shochu are also available.

"Nihon Ryori Nagaoka" luxurious interior makes ample use of wood and stone; it is often chosen for business dinners for its elegant atmosphere. Seating consists of ten seats around an L-shaped ginkgo table, as well as private rooms seating four and 6-diner respectively. Service in English is available, making the restaurant an attractive choice for visitors from outside Japan. Offering traditional yet innovative Japanese cuisine, Nagaoka Japanese Cuisine is well worth traveling for, whether you're coming from outside Fukuoka or abroad. 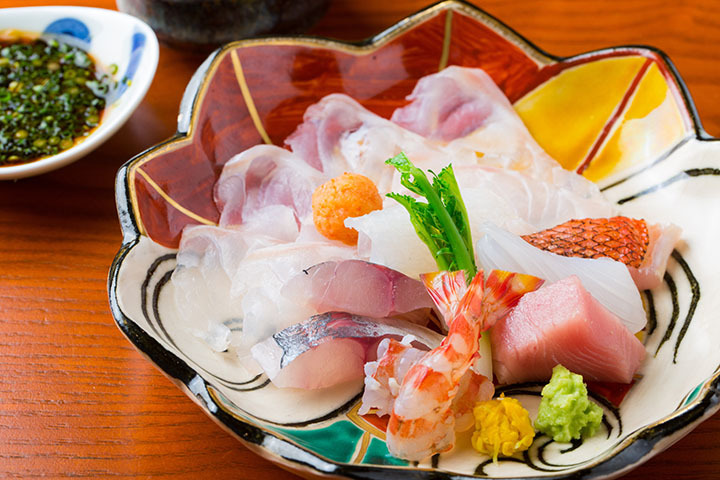 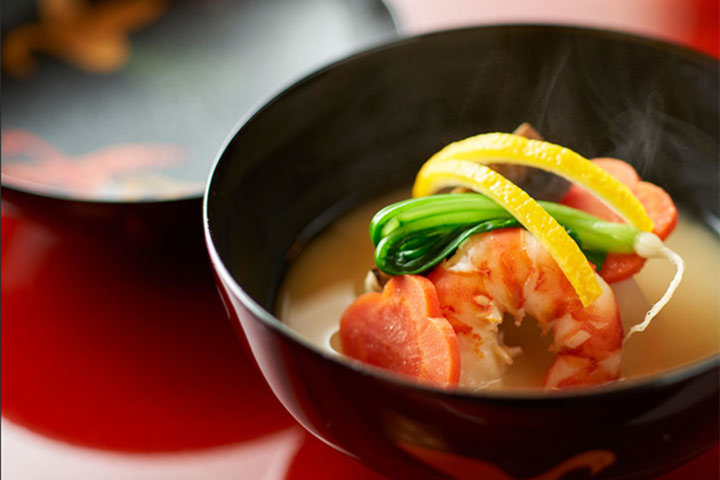 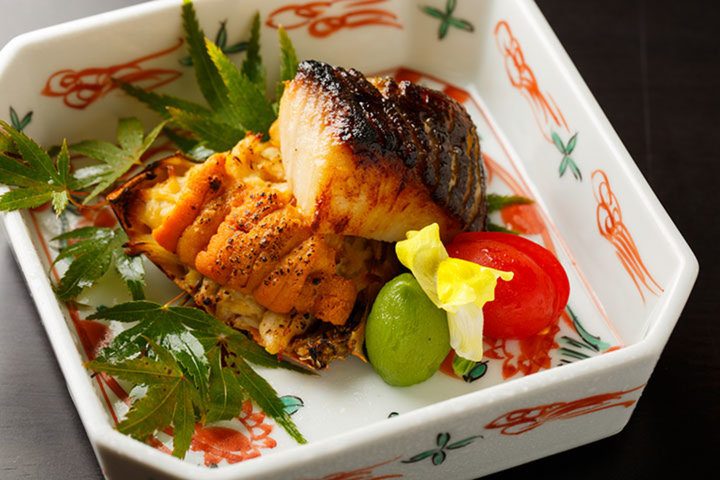 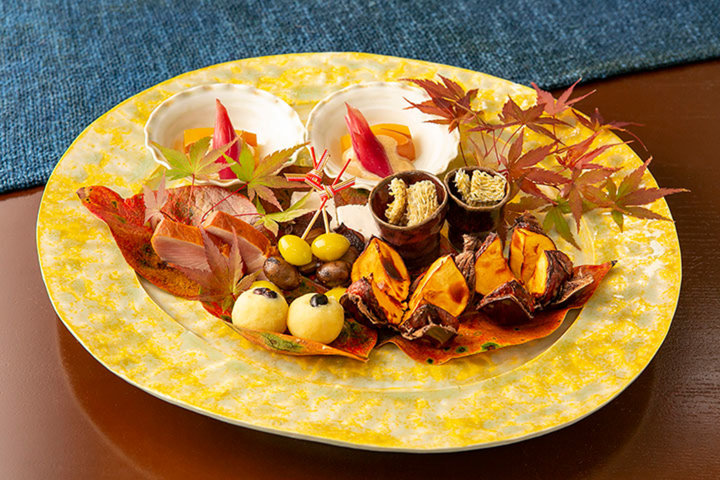