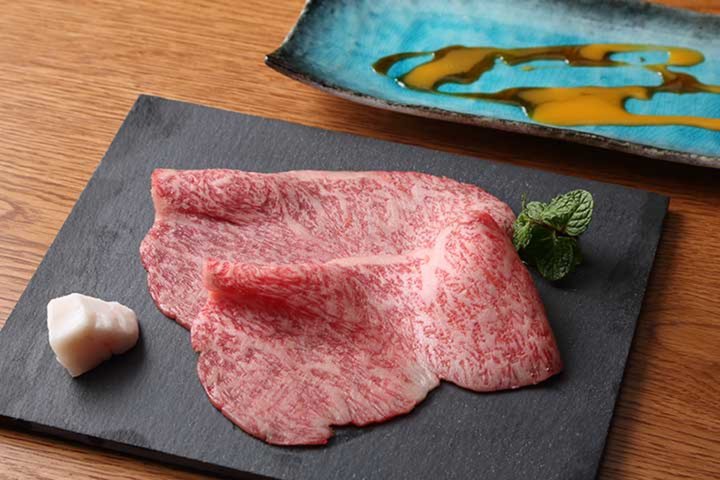 A meat lover's dream, buying up Japanese Black beef by the whole cow.

Not far from Tokyo's Nishi-Azabu intersection, on the first floor of a building on Gaien-Nishi Dori lies "Yakiniku Komiyama". Owner Hideki Komiyama really knows the wagyu beef, and here he serves up the best cuts, along with his traditional recipe sauce.

Komiyama worked part-time at a butcher's shop during his student days, and in 1997, aged 27, he turned in his white-collar job to become the manager of yakiniku restaurant "La Bouef" in Yoga, Tokyo. He taught himself about the various cuts of meat through a process of trial and error, and the restaurant soon rose to popularity after he began offering then rare A5 grade wagyu beef, which he bought up by the beef. He then launched A5 grade wagyu beef specialty restaurant "Cossott'e" in Komazawa, followed by a second yakiniku restaurant featuring lavish interiors, "Cossott'e sp", which opened in Azabu-Juban in 2014. Komiyama struck out on his own in 2019 with the opening of "Yakiniku Komiyama".

Komiyama carefully selects the meat himself from a market in Shibaura, where he purchases A5 grade Japanese Black beef by the cow. The beef is then prepared by hand, expertly cut according to how it will be served. While the fillet is a good place to start, we also recommend the yaki-shabu—thinly sliced, grilled sirloin dipped in sauce with egg yolk. The Chateaubriand fillet katsu is another popular choice. There's also a course consisting of a sumptuous line-up of a beef tongue, tongue base, and tongue underside platter; skirt steak, topside and sirloin yaki-shabu, and fillet katsu. Komiyama also puts a lot of thought into his marinades. He uses five different marinades made to compliment the balance of lean meat and fat of various cuts of meat. There is a soy-based sauce with gochujang, Chinese broad bean chili paste, and four kinds of miso; a blend of garlic, ginger, and sesame oil; and a delicious salty-sweet concoction—each perfects the delicate balance between salt and sweetness, bringing out the flavor of the meat. A selection of alcoholic beverages to accompany the meat is available, with 15-16 wines, mostly French, a seasonal rotation of 5 Japanese sake, and 8 whiskies. 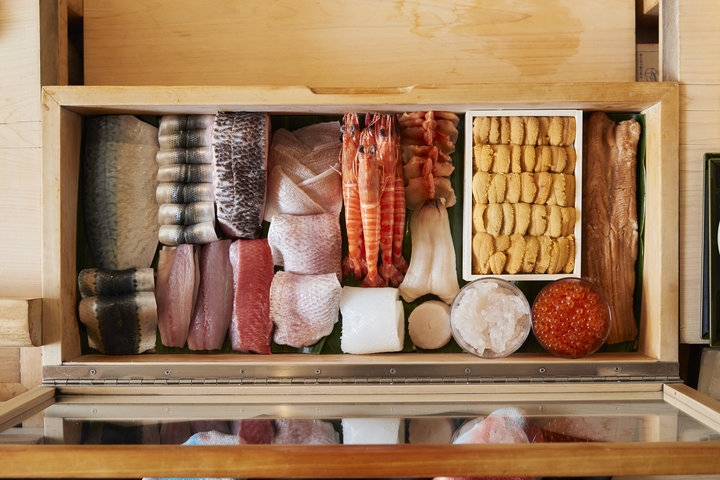 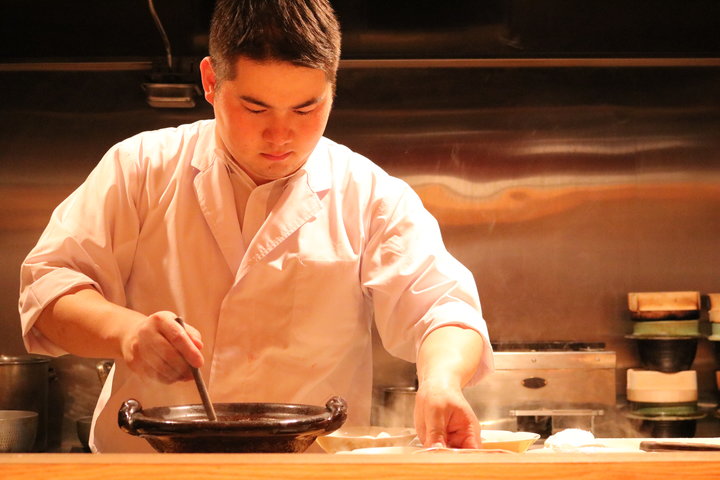 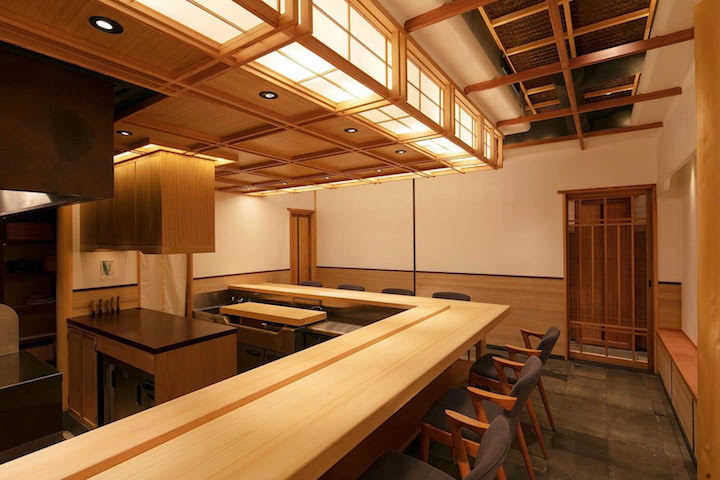 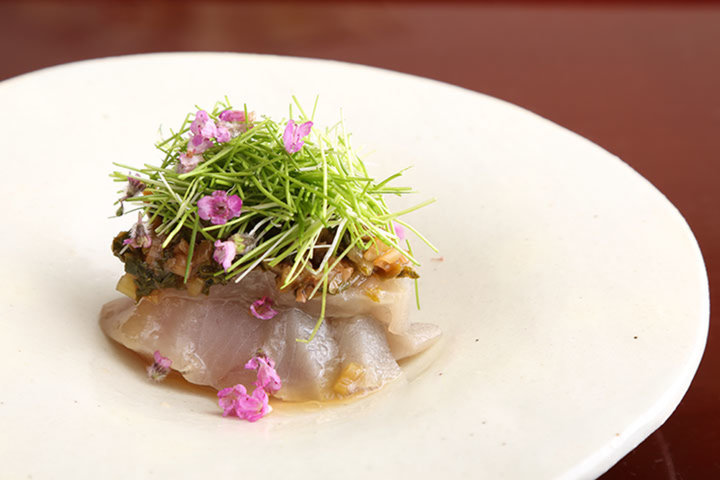