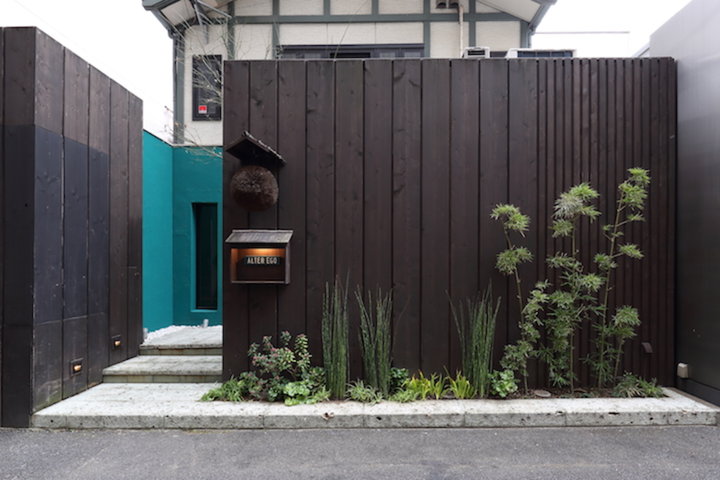 Alter Ego is a new Italian restaurant that has made waves in the Tokyo neighborhood of Jimbocho, occupying the former building where Den once showed the world the new kind of Japanese cuisine. Yoji Tokuyoshi, the owner-chef of world gourmet guide award Ristorante TOKUYOSHI in Milan, Italy, has launched Alter Ego in Japan. The restaurant name suggests his desire to welcome guests to his culinary vision in his ""other-self.""
Owner-chef Tokuyoshi is a native of Tottori Prefecture. In Italy, he served as Sous-Chef at the well-known Osteria Francescana. He made a significant contribution as the restaurant won its world gourmet guide award, to later receiving No. 1 in The World's 50 Best Restaurants. As his next step, owner-chef Tokuyoshi went independent and in 2015, he opened Ristorante TOKUYOSHI in Milan. Only 10 months after its opening, he became the first Japanese to earn a world gourmet guide award in Italy. A frequent traveler between Italy and Japan, owner-chef Tokuyoshi opened the counter seating-focused Italian restaurant Alter Ego as another expression of his culinary vision in 2019. The Head Chef at Alter Ego is Hidehito Hirayama, a former Sous-Chef at Ristorante Tokuyoshi.
The ingredients are primarily sourced from Japan. Domestic products such as eggs and kettle-crystallized sea salt from owner-chef Tokuyoshi's hometown Tottori Prefecture are used simply, presenting a vision of Italy in Japan under the concept of ""equilibrio"" (Italian for ""balance""). Freshly-made food is on offer, with the chefs performing kneading pasta dough, making noodles, and slicing culatello cured ham with a Berkel slicer in front of the guests. ""More than providing Italian food, we carry on a variety of traditions that convey a sense of nostalgia,"" says owner-chef Tokuyoshi. The full-course menu changes monthly. They have made a splash with creative specialties, including delivery pizza style bite-sized snacks and ""gyotaku"" (Japanese for traditional method of creating fish prints). The restaurant also takes an unique approach to wine pairing and soup pairing. The wine list prominently features Champagne and Italian natural wines.
Alter Ego's exterior is decorated with sugitama (cedar balls), a remaining from the days of Den, and the walls have been repainted with the same kind of green as the one of Ristorante TOKUYOSHI in Milan. There are only 8 counter seating on the first floor. And on the second floor, private rooms can also accommodate children from age 10 and up. This makes Alter Ego the place to spend a time with family, friends, and with anyone to enjoy a great meal. 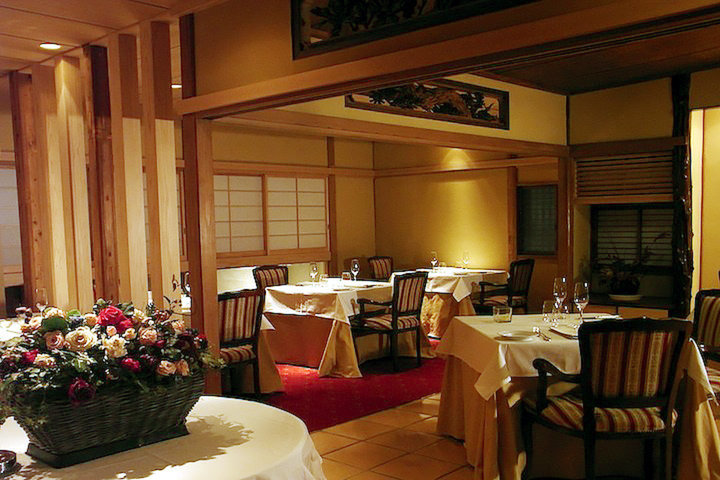 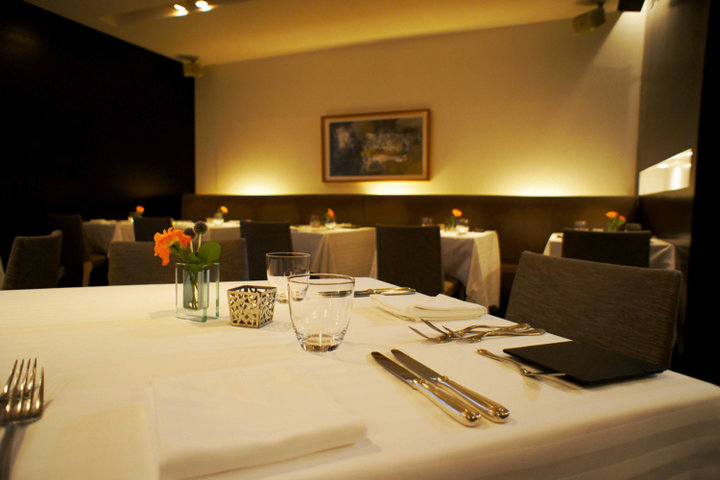 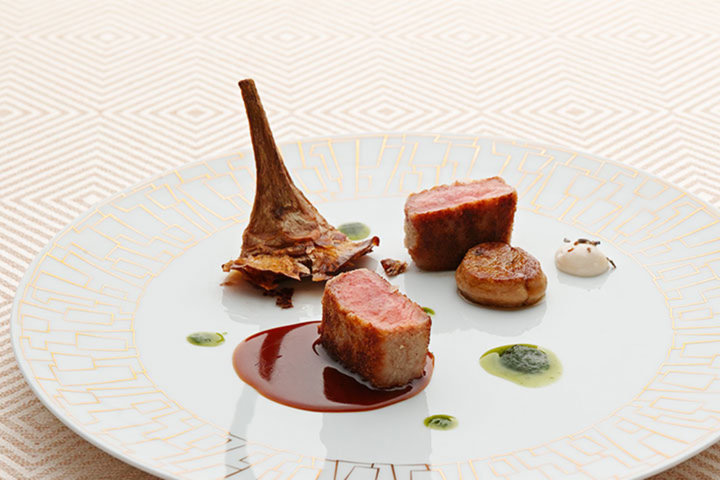