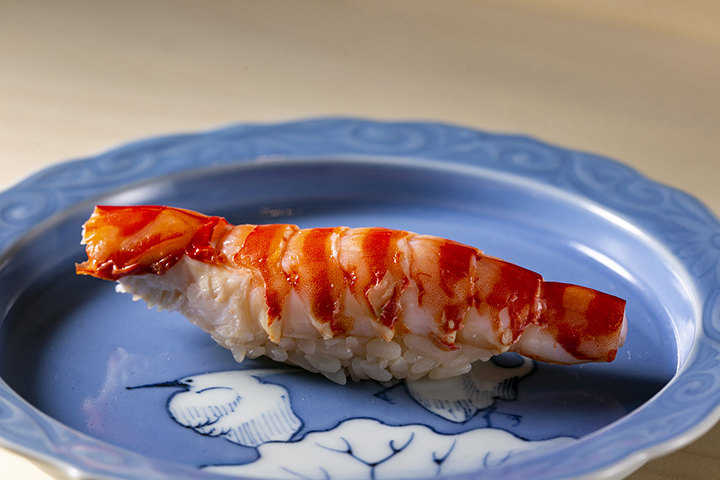 A sushi and Japanese restaurant in Fukuoka that uses a unique method to create the umami flavor of the sushi rice.

Sushi Ichitaka is located in a quiet and exclusive residential area near Fukuoka City Subway Ohorikoen Station. Located in the heart of Fukuoka, slightly away from the area with many sushi restaurants, the restaurant is handled by sushi chef Kazuhiro Kimiya, and chef Kenta Yoshida.

Kazuhiro Kimiya was trained under his father Ichitaka Kimiya, the founder of Isshinzushi Koyo in Miyazaki, for 20 years and went overseas in Singapore, before becoming independent. On August 5, 2019, attracted by the atmosphere of the streets in Fukuoka, he opened Ichitaka, named after his father. On the other hand, after joining Shimogamo Saryo in Kyoto, chef Yoshida trained for 15 years at a number of Japanese restaurants, hotels, inns, meat kaiseki restaurants and other establishments. He became the chef when Ichitaka opened. Making the most of their experiences of handling various ingredients from north to south of Kyoto, they create a brand new kind of cuisine by combining ingredients and craftsmen from Kyushu.
Chef Takayo Tadokoro entered the world of sushi at the age of 31, trained for 12 years in "Sushi Taka" in his native Miyazaki, and entered the world of sushi in April 2021. He was promoted to second place in four months, and he and the chef were making sushi at the counter.

Ichitaka serves sushi and Japanese cuisine with the motto of, “As a person related to food, I want to contribute to the pursuit of happiness (deliciousness) and food development." With no doubt, the restaurant serves delicious food with new taste. They always think about how to approach customers by serving the cuisine humbly. The restaurant mainly uses fish from the northern part of Kyushu. They use organic and pesticide-free seasonings, rice and vegetables. The vinegar used for vinegared rice is a blend of three kinds of Fuji vinegar. They are particular about how to preserve rice, how to mature it, and how to submerge it. The restaurant uses special method to extract the umami in the vinegared rice. The sake that goes well with the dish is "Tanaka 65" from Fukuoka ,"Kikutaka" from Aichi, and "Hikomago" from Saitama, etc. They have the a variety of Shochu from Miyazaki Kuroki Honten Series, such as "100 Years of Solitude" and the Yanagida Shuzo Series.

They are also particular about the interior and the dinnerwares in the restaurant because they want to offer "a comfortable and joyful experience of time." The counter is made of a single plate of ginkgo trees. They entertain guests with the set meal of Shunkei lacquer, Nabeshima-ware and Karatsu-ware. It is recommended for gatherings with family, friends, and colleagues, and also with foreign guests, as English service is available. 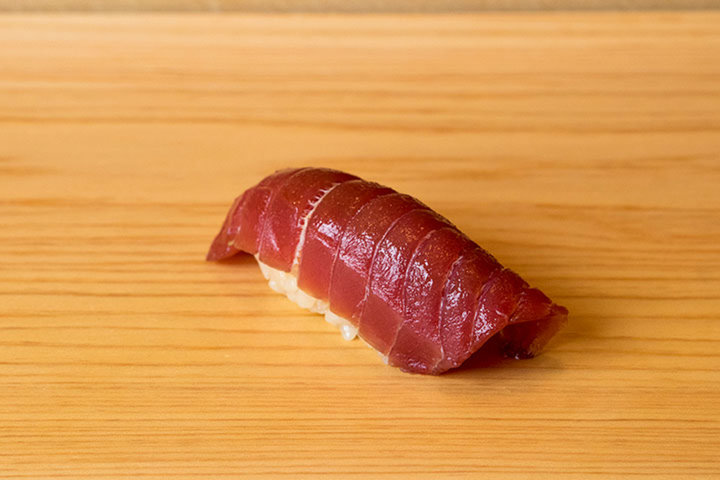 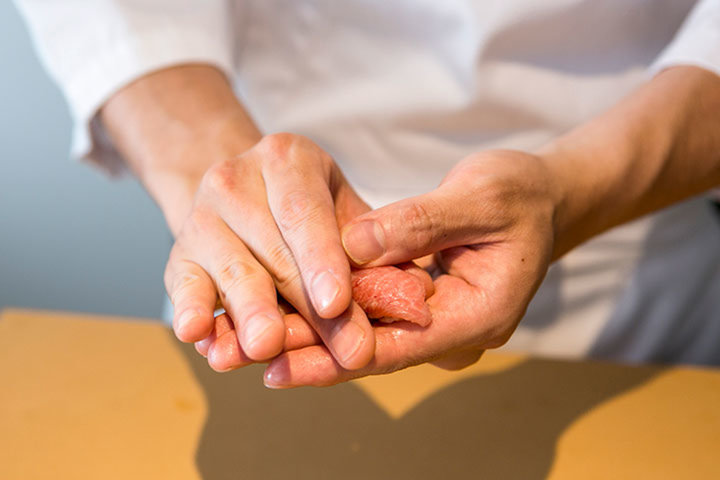 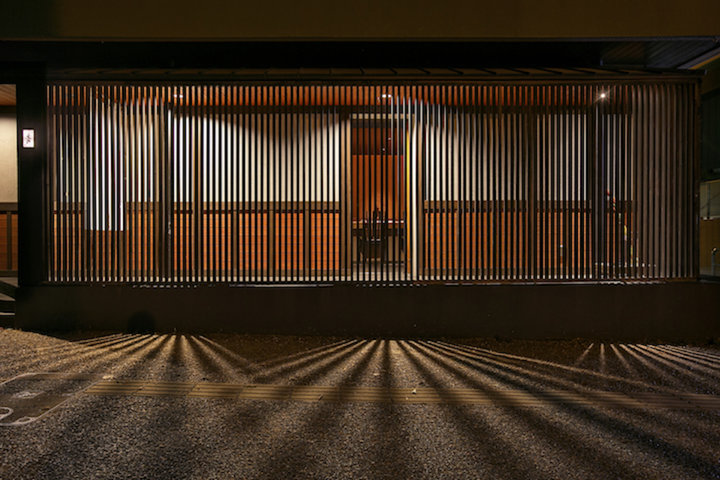 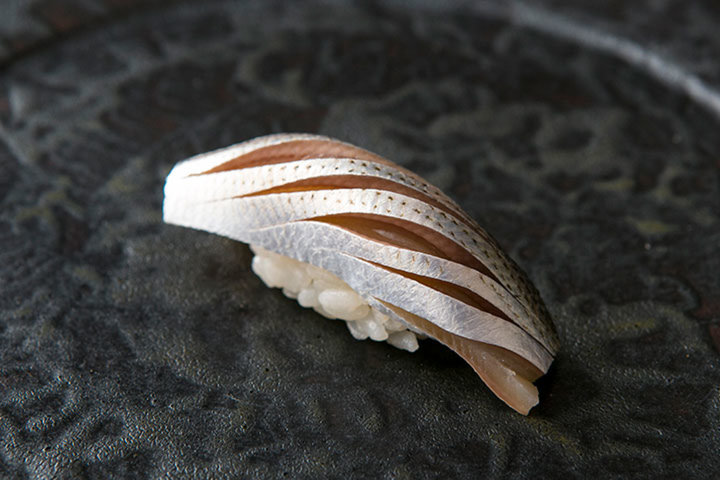