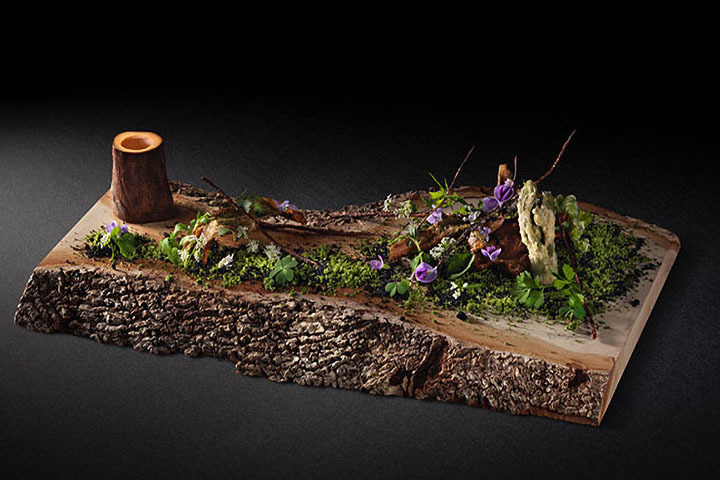 Continuing to deliver environmentally friendly, sustainable food to the world

NARISAWA, in Minami-Aoyama, Tokyo, is well known as a world-class restaurant. Chef Yoshihiro Narisawa has had a celebrated career that, among others honors, has seen his restaurant selected by The World’s 50 Best Restaurants for more than 10 consecutive years. Since its opening in 2003, the restaurant’s creative cuisine has impressed diners both in Japan and abroad.

Chef Narisawa's cuisine, which features a unique genre of Satoyama cuisine, has been an innovator for years. His first dish to showcase his talent was the "Soil Soup" served at his previous French restaurant, La Napoule (Kanagawa/Odawara) in 2001. Around this time, he became aware of his responsibility and role in society as a whole, ranging from his relationship with producers to the sustainability of the natural environment in which food is produced. Subsequently, he created the "Charcoal Dish" and "Water Dish" in 2010, which established a unique genre in which rich food culture and the wisdom of Satoyama culture in Japan are respected and expressed through NARISAWA filters.

The signature "Satoyama Scenery" course is a dish that symbolizes the entire concept. Satoyama is a place in Japan where people and nature coexist side-by-side, with forests and the sea alongside farms and rice growers. Chef Narisawa learns about the environment in accordance with the change of seasons, and receives only what he needs. This is the "Satoyama culture," an expression of the irreplaceable culture of Japan that is beneficial to the mind and body of Satoyama — and sustainable to the natural environment.

The chic interior is impressive, with 20 tables and plenty of space between the seats. It is recommended for special occasions such as dates, anniversaries, and family dinners. Please enjoy the world view of NARISAWA.