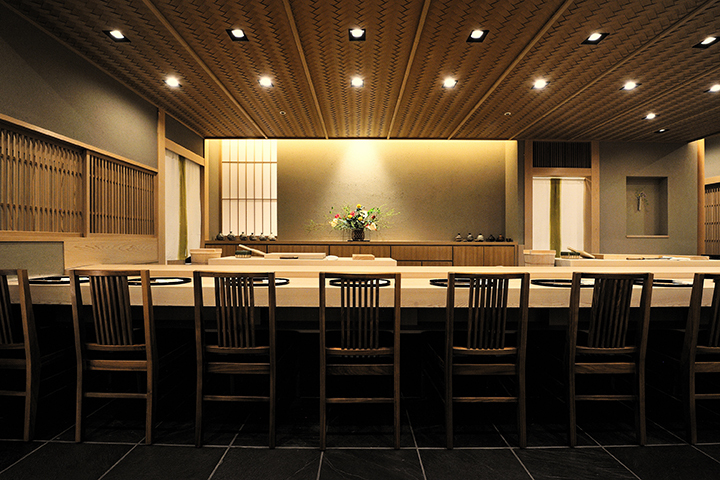 Sushi Tanabe is located on the 9th floor of the Rokkatei Building near Sapporo Station.

Originally from Eniwa, chef Masashi Watanabe set his sights on becoming a sushi chef at the age of 15 and began training in his hometown and Tokyo. He became independent at the age of 22 and opened a sushi restaurant in Susukino. In 2002, when The Windsor Hotel Toya Resort & Spa was established, he was appointed as the owner of a sushi restaurant there, and five years later, he opened Sushi Tanabe. Surrounded by the sea, the restaurant's particular style of sushi and sophisticated hospitality made the most of Hokkaido's natural features, and it became a popular three-star restaurant in 2012 before being relocated to its current location in 2015.

The sushi at Sushi Tanabe specialises in the familiar Edomae-style sushi from Tokyo, as well as the distinctive Ezomae-style, an approach specific to the northern region that maximizes the use of Hokkaido’s terroir.

To make the most of the area’s famed ingredients, Watanabe and his team put their heart and soul into their preparation; marinating, simmering, grilling, and pickling all bring out their flavour. Each ingredient is carefully selected so that guests can enjoy Hokkaido’s fresh seafood, and the sushi rice and accompaniments.

Sushi connoisseurs particularly appreciate the Tsuri-kinki (idiot fish) in Abashiri, sea urchin, and raw oysters. Milt from tiger pufferfish caught in Hokkaido is harvested from spring to early summer, while the milt of Pacific cod is gathered from autumn to winter.

The restaurant also offers a variety of sake, for guests’ pleasure -- this includes Japanese sake from Kuniki Shuzo Sake Brewery, the northernmost brewery in Japan, as well as rare bottles selected by sake specialists. In addition, there are always 5 Hokkaido wines (Furano City Furano Wine, Chitose City Chitose Winery, Otaru City Osa Winery, Toyako Town Tsukiura Winery, Yoichi Town Hirakawa Winery), including the Champagne Salon carefully selected by the sommelier. Wines such as from other countries, California’s Kenzo Estate, and Burgundy Grand Cru are also offered, and oenophiles have been known to search this wine list to reserve bottles.

The understated interior boasts a minimal design created using materials such as cypress, cedar and bamboo. The restaurant is particular about using famous trees such as Yoshino cypress. Sake cups and bowls such as Tin Chirori from Seikado in Kyoto, and Ryuta Kiln from Saga add to the dining experience.

A counter (11 seats and 13 seats) and semi-private table (2 rooms for 6 people) are available. The restaurant is ideal for occasions with loved ones, family, and friends.

We will make it according to your request.

We will make it according to your request.

Sunday, According to the calendar, we may be closed on public holidays 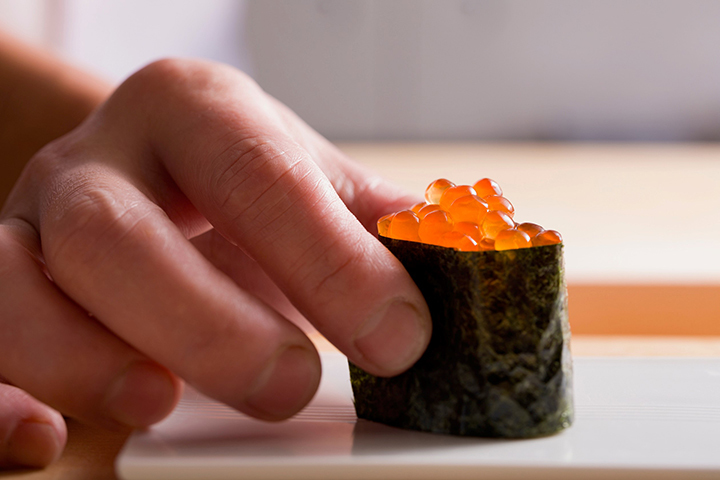 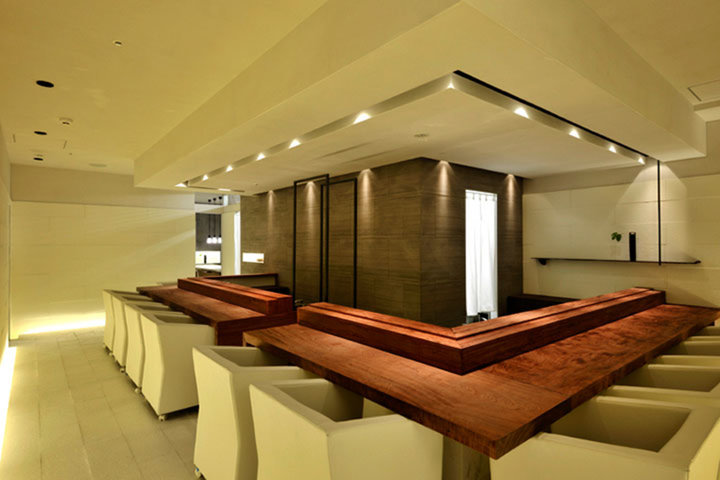 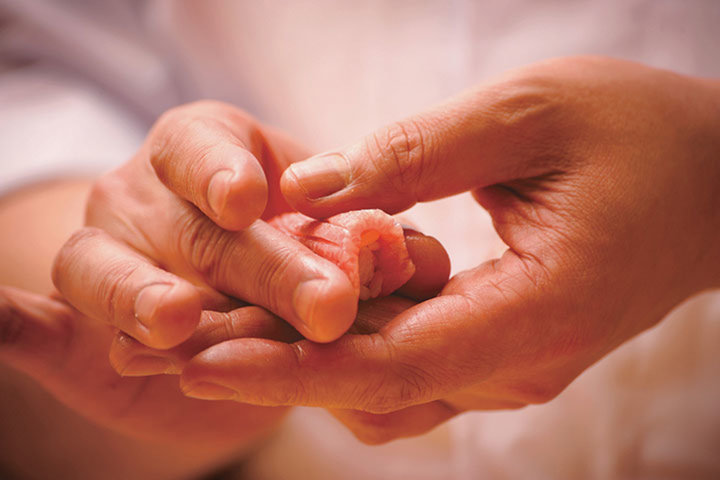 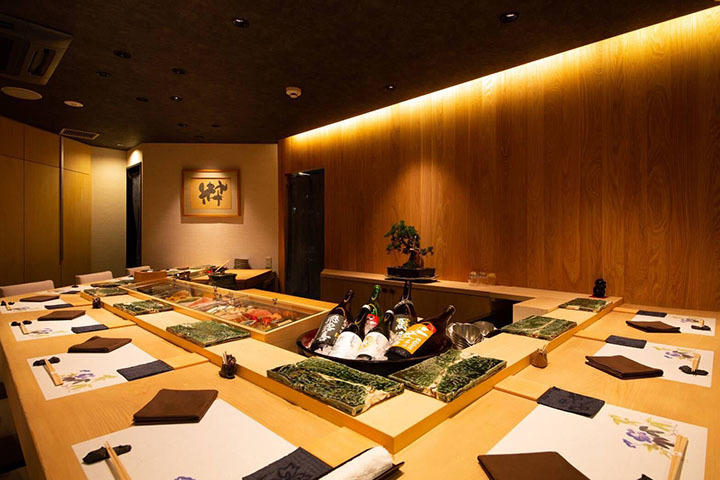