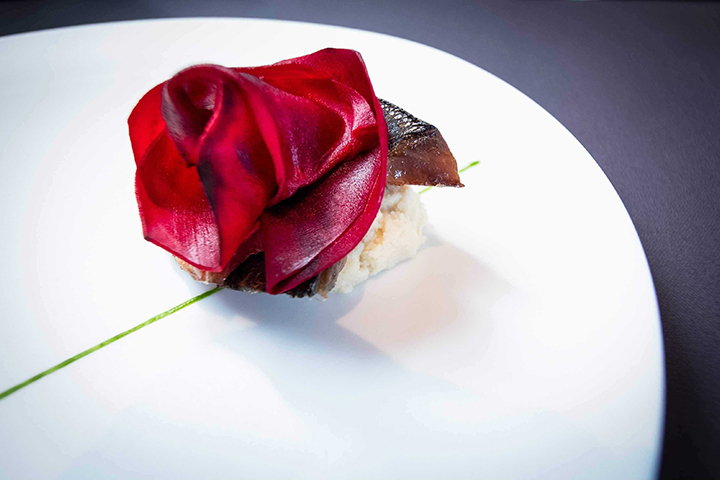 A 30-minute walk from Sakura Station (15-minute train ride from Chiba Station) takes you to PRESENTE Sugi, a detached restaurant in the suburbs of Sakura, Chiba, which is highly recognized and well patronized by connoisseurs from around Japan.

PRESENTE Sugi is helmed by Chef Noritoshi Sugioka, who trained at an Italian restaurant in Tokyo and honed his culinary skills at Ristorante Castello in his hometown of Sakura. He learned how to create dishes and settings from scratch to celebrate the bounty of nature in Sakura and eventually opened his own restaurant, PRESENTE Sugi, in the same city in 2016. The restaurant soon gained popularity for its unique presentation of dishes and exclusive customer service.
The restaurant’s name combines the word “presente,” which means “present” in Italian, and part of his name, “sugi.” According to the chef, it reflects his commitment to developing himself so that he can offer better dishes today than he did yesterday even though the menu remains unchanged.
The ingredients are carefully selected and sourced from Chiba, including vegetables from Hatamuguri, a local farm known for its organic vegetables, and flour from hand-picked wheat. The mushrooms, edible wild plants, and herbs are also picked by the chef from a nearby mountainous area. The locally grown Yachiyo Black Beef, highlighted on the entrée menu, has gained increased recognition as it is often featured by Chef Sugioka, who is captivated by its flavor. It is now widely known as a brand beef of Chiba.
The recipe for the beef has also been carefully developed by Chef Sugioka. First, the beef is marinated with salt and dried tomatoes for one day to enhance its flavor and then cooked until well done at a low temperature. Subsequently, it is cooled down in a blast chiller to negative 25° Celsius and grilled over firewood. This method was invented by the chef to keep the juice from dripping from the beef and lock in the flavor. The premium steak, slowly cooked for three hours, is served with a steak knife custom made by Ryusen Hamono in Fukui.
The prix fixe meal starts with “Candied Tomato” (cherry tomatoes covered with candy). It was created by taking inspiration from candied apples, one of the most popular sweets offered at summer festivals, to “remind guests of the excitement they felt as children when they got a candied apple at a summer festival.” Chef Sugioka, who aims to make his restaurant “enjoyable and worth visiting repeatedly, like Disneyland,” offers various playful dishes that delight not only the taste buds but also the eyes of connoisseurs, such as financiers modeled after a statue of Moai from Easter Island and a dish with a note stating “this is edible though it seems like it is not.”

Inside the restaurant, four tables are comfortably spaced apart.
Why not embark on a culinary adventure with your family, significant other, friends, colleagues, or food buddies at this one-of-a-kind restaurant in Sakura, Chiba? 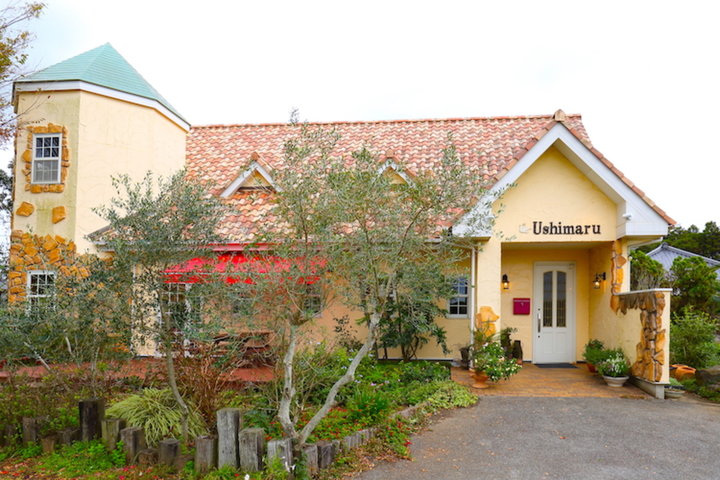