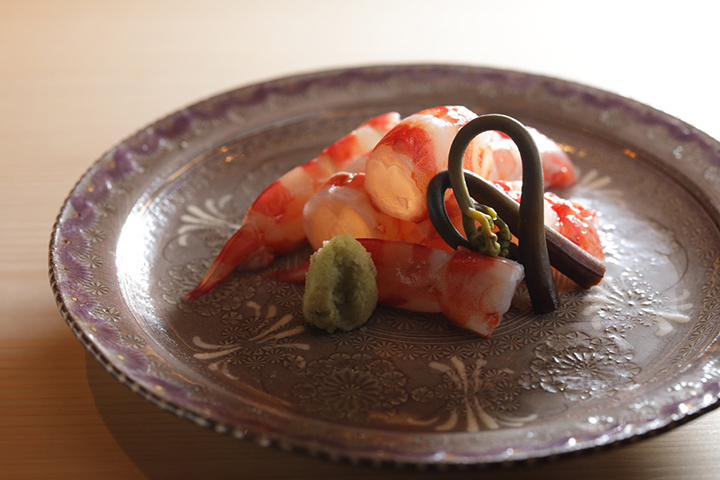 A Japanese restaurant in Himeji City offering simple dishes without any twist to celebrate the bounty of nature in Banshu, Hyogo Prefecture

Hailing from Takasago City, Hyogo Prefecture, Chef Nakae honed his cooking skills at Japanese restaurants in Australia and Dubai to start his culinary career and then returned to Japan to learn Japanese cuisine all over again from ingredients to tableware. He started serving as a chef at Ginza Kojyu. After working at this two-star restaurant for five and a half years, he returned to his home prefecture with an eye toward opening his own restaurant. He further honed his skills at hotels and Japanese inns and even worked as a brewer at Okada Honke, a Japanese sake brewery, in Kakogawa City to learn more about sake for his future career. Then, he finally opened his own restaurant, Tanryu, in 2019.
The restaurant’s name, Tanryu, is derived from the concept of “smoothly flowing like water” as proposed by the Omote Senke School of Tea Ceremony, where the chef is engaged as an instructor. As indicated by its name, the restaurant offers simple dishes without any twist or flashy performance to make diners feel like coming back again and again.
Featuring seafood and vegetables mostly sourced from local waters and farms, the dishes tell stories learned from producers the chef knows in person. He also drives two hours every morning to fetch sweetfish from contract fishermen in the Ibo River during the fishing season. In addition, he collects edible wild plants as well as bamboo shoots by himself. “I would like to purchase a bamboo forest someday to offer guests bamboo shoots I grow by myself,” the chef says.
Chef Nakae sources wild abalone from Ako, eels from the Chikusa River, and watershields from Sanda, as well as Japanese chestnuts from Sanda and swimming crabs from Setouchi in autumn. These seasonal ingredients are simply grilled, steamed, stewed, and turned into the chef’s specialties. Tanryu also offers a 10-course prix-fixe (fixed-price) menu inspired by the spirit of the tea ceremony. The meal starts with one to two appetizers, followed by soup, sashimi, and grill courses and a bowl of rice, and ends with a bowl of matcha tea made by Chef Nakae right in front of the guests.
The drink menu offers Japanese sake, all from breweries in Banshu, including Seiten from Okada Honke. As a former brewer working there, he describes the sake by saying, “It is a must-try that reflects the kind character of the chief brewer,” the chef recommends.

In the sukiya-style (tea-ceremony room) dining room with Juraku (grey wall covering) walls and a bamboo wickerwork ceiling, there is an eye-catching L-shaped counter (seating up to eight guests) made of Yoshino hinoki cypress. The tableware is also carefully selected, including long-cherished plates crafted by Mr. Akinori Bonde, a ceramicist secluded in the mountains in Kazusa, Chiba Prefecture. With a comfy private dining room (seating up to six guests), Tanryu is perfect for different occasions. Please enjoy excellent dishes and beautiful tableware at Tanryu with your family, partner, colleagues, and gastronomic friends. 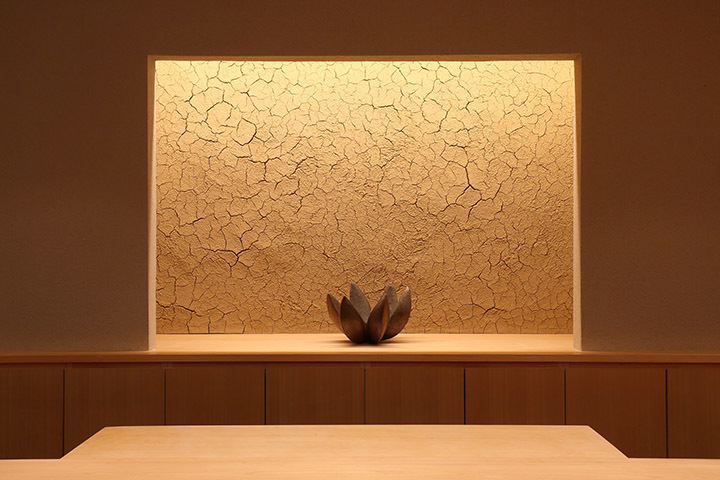