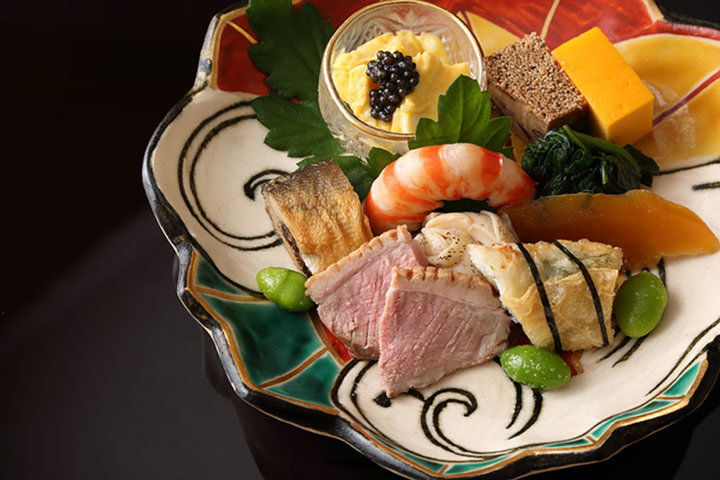 "Miyakami" is a traditional Japanese restaurant located about a 13-minute walk from the west exit of JR Yokohama Station. It has become popular as a good place to enjoy fine Japanese cuisine in the area, known as 'Oku Yokohama,' which has seen an increase in casual eating and drinking establishments. The owner, Keisuke Miyakami, went out on his own after 13 years studying at a Japanese restaurant "Tokyo Kiccho" in the Imperial Hotel. He opened "Miyakami" in his hometown of Yokohama in 2013.

Speaking of his apprenticeship at "Tokyo Kiccho," it is known for old-school Japanese cuisine that makes good use of its ingredients and characterized by such dishes as the richly colorful 'Hassun'. Mr. Miyakami, who opened his restaurant with the idea that he wanted "people in Yokohama to enjoy the taste of a top-class restaurant," believes in doing as little as possible to his ingredients, and he specializes in dishes that bring out their natural flavor. His signature menu items are soft-shell turtle dishes and 'Hassun'. The usually wild-caught soft-shell turtle is available throughout the year and can be enjoyed in a soup or served whole in a hot pot. It is bought on daily visits to Otsubo Suisan in Tsukiji Fish Market, a fishmonger that has famous Japanese restaurants among its clients. Mr. Miyakami makes full use of the culinary skills he cultivated at a long-established Japanese restaurant, such as always using homemade dried mullet roe in the 'Hassun'.

In summer you can enjoy wild eel, while in winter you can enjoy wild blowfish or wild longtooth grouper. The large, plump eels, mainly produced in Kumamoto Prefecture, weigh around 1kg and are broiled without seasoning or steaming. The rice from Uonuma is another source of pride. It is grown in a dedicated Miyakami rice paddy, which Mr. Miyakami himself visits when it's time to plant or harvest the rice. One of the features that distinguish his rice from that at other restaurants is that it is slowly ripened in a snow storehouse. The rice is cooked in a "Hagama" pot, which brings out its mature sweetness and umami flavor. "Miyakami" offers more than 20 varieties of sake carefully selected by his wife who like Mr. Miyakami spent much of her career at "Tokyo Kiccho," and a wide selection of wine(French or Japanese) sampled by Mr. Miyakami, a sommelier. 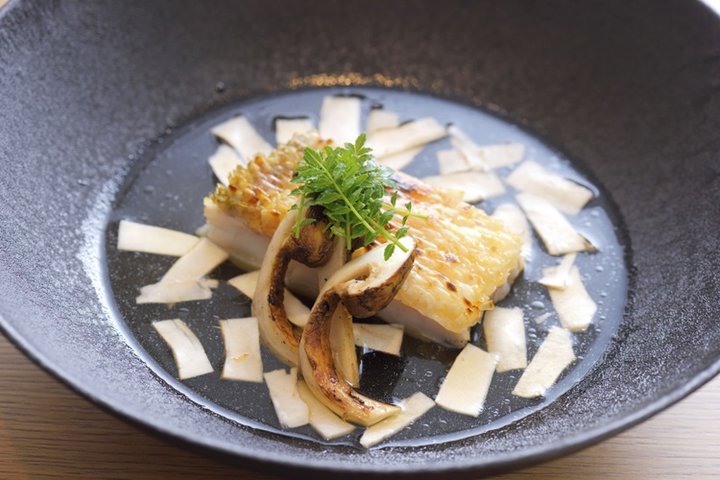 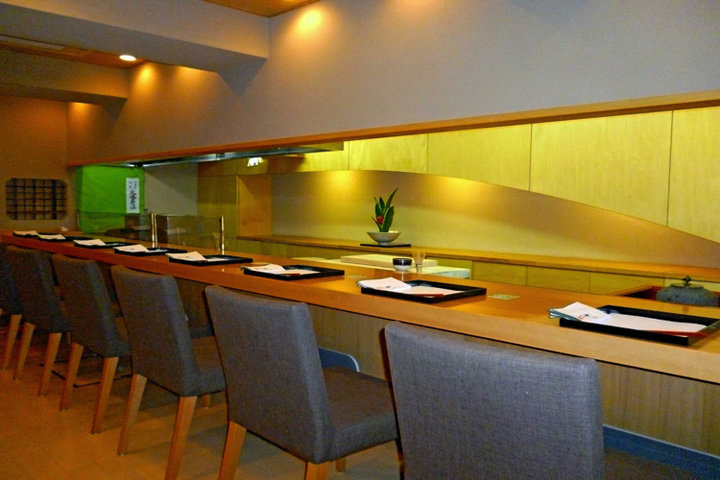