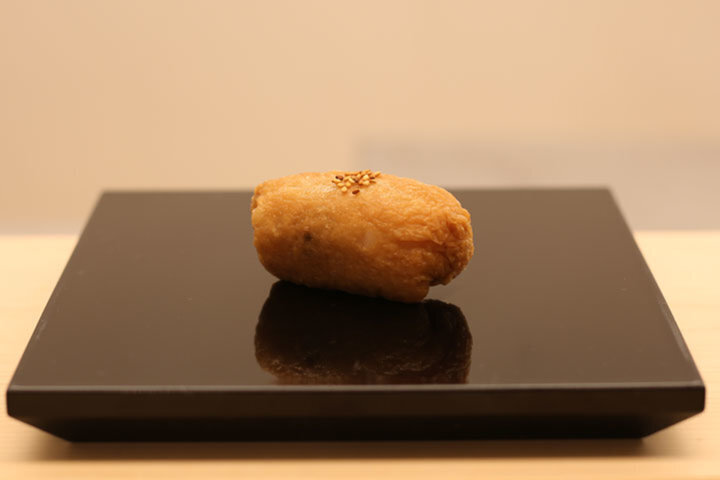 In a setting which blends tradition and innovative long-established 1-star sushi restaurant, customers can enjoy sushi and sake unique to Niigata.

Shibata City is a bustling tourist area where many leading ryokans can be found. It was here that the 1-star restaurant Sushi Tokiwa was opened in 1954 (Showa 29) and has been loved by local customers ever since. It is currently in the hands of the third generation owner Kosuke Kobayashi. The interior was renovated in May 2017. Unlike other sushi restaurants in the local area which have tatami seating, there are city-style counters, and by improving the sushi and side dishes, he has created a unique restaurant with added urban elements inside a traditional setting.

From his early childhood, Mr. Kobayashi grew up surrounded by sushi and have been helping the preparation. After graduating high school, he moved to Tokyo with no plans to pursue a career in cooking. However, he later rediscovered the allure of sushi, and gained experience at Sushi Uoshin in Shimo-Kitazawa. In 2010, he returned to Sushi Tokiwa, and after renovating the interior, set forth to improve the business even further.

What is becoming a well-known type of Sushi is the popular Tokiwa Inari, which hasn’t changed since the restaurant's opening. Tokiwa Inari is a dish of rolled sushi which has been used in Niigata prefecture since ancient times, and is still popular today. It involves boiled chestnuts and walnuts wrapped in vinegared rice and deep-fried tofu. We also recommend the Shiromi and Nodoguro, which is served all year round. Crab is also popular, and there are various kinds for different season, such as Japanese blue crab, queen crab and hairy crab. The restaurant also uses Yamayuki tuna from Tsukiji market.

They are particularly particular about their vinegared rice. "Toyokoshihikari", which is the only rice produced by Kunio Takahashi in Shibata City, is cooked using spring water from the mountainous Akaya area. The sushi vinegar is a blend of "white diamond", a salt from Sasagawa river, and Murakami Iwafune vinegar and red vinegar, and is adjusted according to seasonal fish. Toyokoshihikari, which is a variant of Koshihikari, has large grains and is "hard", and when the rice is cooked in a rice paddle, vinegared rice with a strong presence each grain is produced. Every time you bite into the vinegared rice, you can feel the strength of Niigata, the rice-producing prefecture.

Inside the long-established building, the renovated interior features 10 seats at the L-shaped counter made of 300 year-old cypress. In addition, there is a wine cellar in the store where you can always enjoy dozens of wines and champagnes, mainly Burgundy, along with Niigata sake. Why not come and enjoy sushi and sake which is unique to Niigata in a setting which blends tradition with innovation. 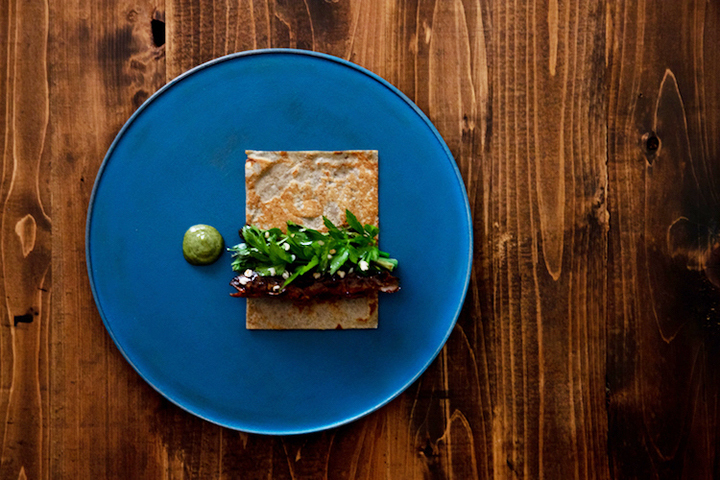 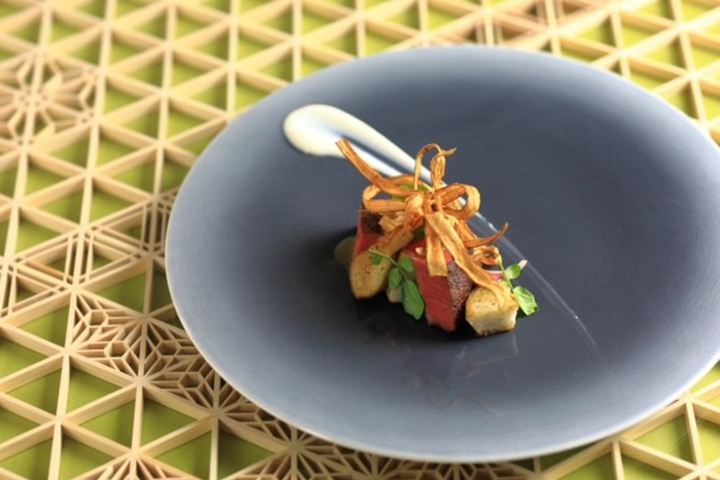