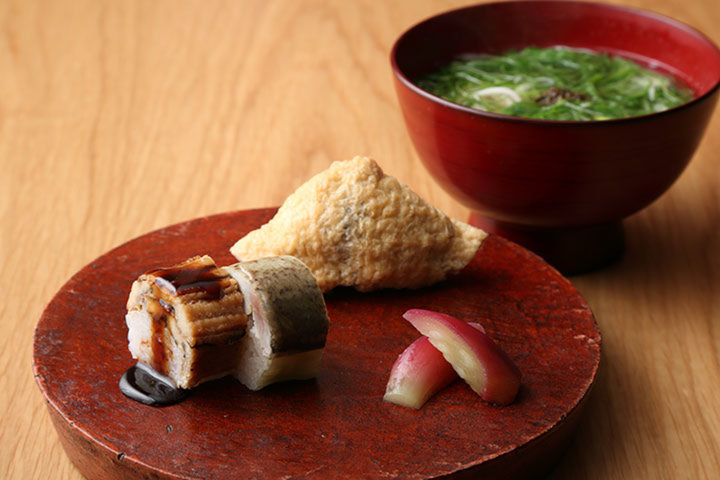 A tale of a couple trained in a ryotei (traditional Japanese restaurant), who communicate the charm of Setouchi from Aoyama

The characters for "Tenoshima" make a simple appearance on a two-story building in Minamiaoyama in Tokyo. The restaurant's owner, Ryohei Hayashi, joined Kyoto's venerable three-star restaurant Kikunoi after graduating from university, and studied under Yoshihiro Murata. In addition to serving as the sous-chef at Kikunoi and the head chef at the restaurant's Akasaka branch, he took part in events to promote Japanese cuisine in over 17 countries. In 2018, he opened Tenoshima with okami (female manager) Ms. Sari, a graphic designer-turned-chef who managed a Japanese restaurant in Scandinavia.

The new restaurant takes its name from Kagawa Prefecture's small outlying island of Tenoshima, from which Mr. Hayashi's family hails. The name embodies the wish to widely convey the charms of the island to people in Japan and abroad. Its concept is "Japanese cuisine for all." Says Mr. Hayashi, "I want to make this a restaurant that people can enjoy more freely and casually, not bound by the framework of traditional Japanese cuisine like kaiseki that places importance on form." The restaurant's ingredients embrace the real seasons in Japan and primarily make use of micro-herbs from Takagakari Farm in Hiroshima, and seafood and vegetables from Setouchi. Courses include many dishes that evoke comfort, including the Tenoshima sushi that offers a taste of the seasons, and the nyumen noodles given sophisticated flavor by broth from dried sea cucumber, an ingredient not often used in typical kaiseki restaurants. At the foundation is a wish to hand down the charms of the "authenticity" found in long-traditional ingredients and rustic dishes. This creativity, unbound by conventional wisdom, also appears in the drinks. The restaurant offers a carefully selected lineup that ranges from Japanese sake to ciders, craft beers, and original after-dinner coffees, selected and paired with meals by okami Ms. Sari.
The interior is coordinated by SUPPOSE DESIGN OFFICE on the theme of a dirt floor kitchen. The counter kitchen, finished with mortar imspired by an "okudosan" (hearth), has a floor and walls mixed with soil brought from Tenoshima. The copper in the shelving and the shoji sliding doors harmonize to create a stylish atmosphere. Seating consists of six counter seats and three four-person tables. Tenoshima aims to let guests from around the world enjoy Japanese cuisine in a relaxed and a warm atmosphere. This style brings the seemingly-high hurdle of Japanese cuisine down closer to guests and delivers a fresh impression. 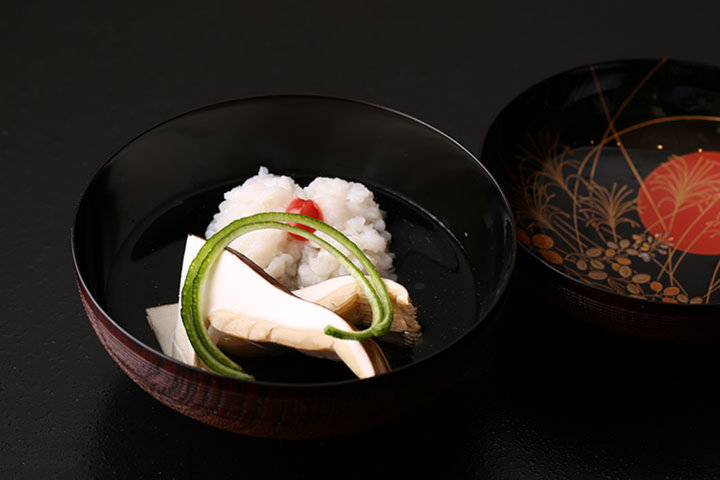