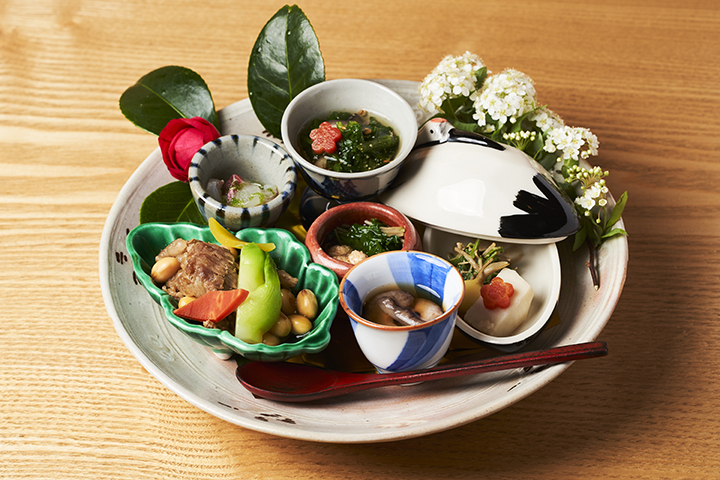 A 1-star Japanese restaurant in Osaka that values the three principles of ingredients, people and gratitude

“Kyomachi Ryori Mitsuya”, a 3-minute walk from Higobashi Station on the Osaka subway, is located on a quiet street near the spacious Utsubo Park. The chef, Tomonori Matsumura, who trained in Kyoto for many years, serves Kyoto cuisine at this 1-star Japanese restaurant.

Chef Matsumura first entered the world of cooking when he worked at a steakhouse in Kobe. He then studied Japanese cuisine, and after 10 years at “Uosanro”, a Japanese-style restaurant in Fushimi, Kyoto, he set off to France to pursue a career and broaden his horizons. In Paris, he worked at four restaurants, including a bistro in Paris and a gastronomic restaurant. After returning to Japan, he studied in Kyoto and Osaka, but became very busy and fell ill, and his life as a chef was in jeopardy during this time. However, having overcome that hardship, the current owner, who spoke to him at that time, opened “Kyomachi Ryori Mitsuya” in 2014. It became a popular restaurant that received one star in its first year after opening with the slogan "To a store with stars".

The restaurant’s name “Mitsuya” contains the thought of valuing the 3 principles of ingredients, people, and gratitude, and providing sincere hospitality. The ingredients used, which chef Matsumura considers to be "real", are carefully selected and include soy sauce from Wakayama made from soybeans using traditional methods, and "Kunigiza Beef" from Awaji Island where they are particular about water and fertilizer. By maintaining close contact with producers and building a relationship of trust with them, he is able to introduce the ingredients and play a role of conveying their stories and thoughts to customers.

At the top of the Omakase Course is "soup stock", which is a staple of Japanese cuisine. The "soup stock" served in a sake cup takes 2 days to be carefully pulled from kombu and magurobushi, warms your body. One of the dishes that chef Matsumura focuses on the most is the "Shinjo (fish cake)" served in a bowl. The lightness of the shinjo that loosens and breaks as soon as you touch it with the chopsticks is second to none. The soup is not seasoned at all so the flavor of the ingredients comes immediately from the moment you start eating. Also, the "Vegetable shinjo", which is made with white leek fried in oil, is cooked with the bony parts of the fish, then mixed in a blender and made into a slurry, a method learned in Paris and employed in French cuisine. The Japanese sake that goes well with the dishes is mainly from Shizuoka "Isojiman" and all types of Akita "Shinsei". There are 8 kinds of wine to accompany the soft dishes like New Zealand "Kimura Cellars" "Kusuda Winds".

The interior of the restaurant is designed by a female designer and has a calm atmosphere. The pottery made by Shiro Yoshii, a ceramic artist from Kameoka, Kyoto, has been used since the restaurant opened. Of the nine seats at the counter, the four seats in the back have a sunken kotatsu style where guests take off their shoes. Enjoy heartwarming “Kyomachi Ryori Mitsuya” cuisine in a relaxing space with family, friends, colleagues, dates or overseas guests. 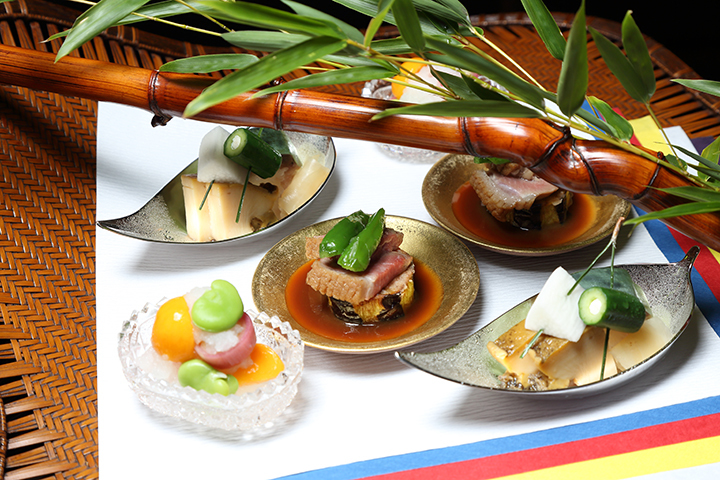 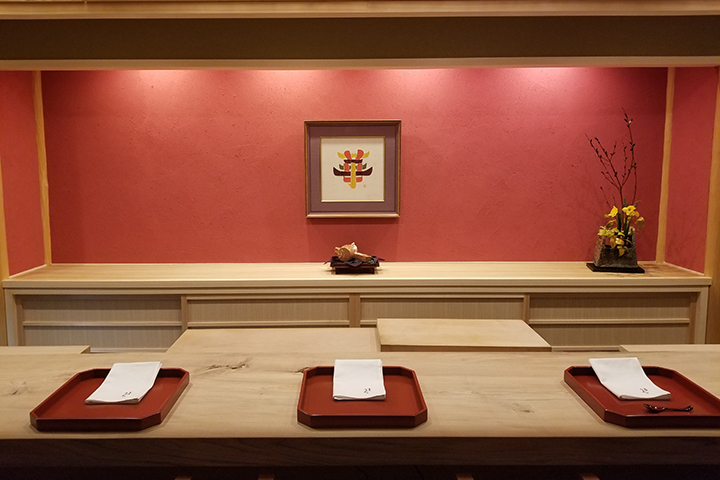 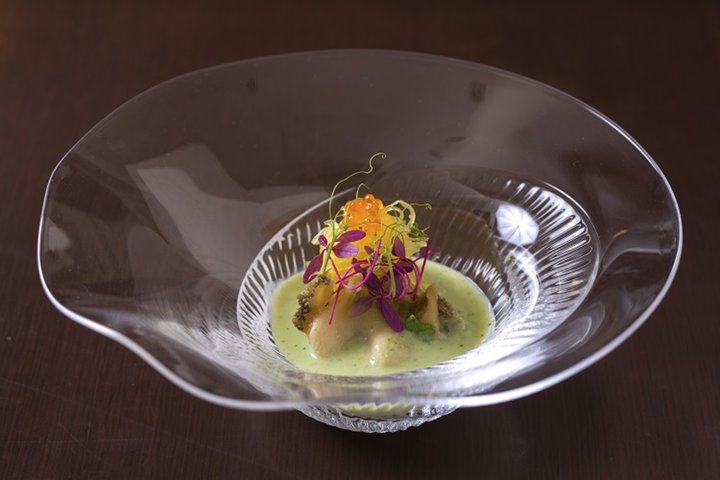 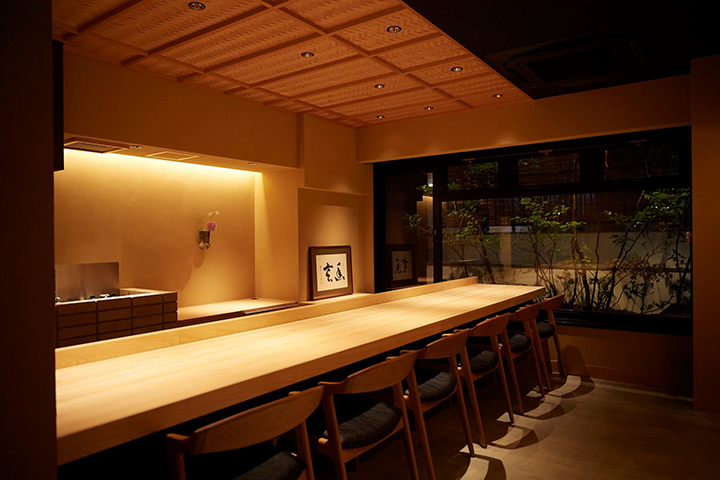