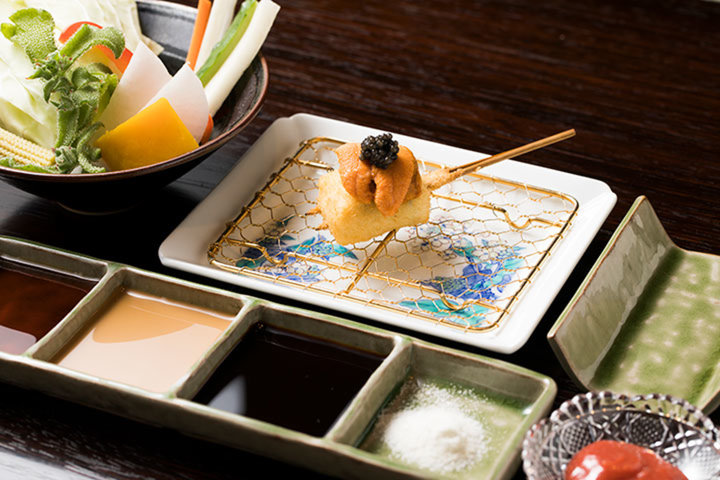 Japanese Black Wagyu beef ""Chateaubriand,"" topped with Kombu with Pacific herring eggs, sea urchin, and caviar from which wafts the scent of the sea, using fresh foie gras from Hungary, the zucchini and foie gras provide a wonderful performance of texture. This luxurious menu is unexpected for a Kushikatsu restaurant, but from it, one can glimpse the heights of its ambition.

Since earning its the first world gourmet guide award in 2010, ""Kushikatsu Bon Kitashinchi"" has continued to shine with the honor of its 1-star. With the dream of bringing Kushikatsu to the world, it opened its Kitashinchi location in Osaka busiest shopping district as a trial for a top class Kushikatsu restaurant, in preparation for an expansion into Paris. The head chef, Kenji Otani who has trained extensively at Japanese restaurants in Osaka and Himeji as well as Kushikatsu restaurants in Ashiya. He is meticulous about top class ingredients such as those used in the menu above, as well as fresh seafood such as the legendary high-grade fish ""Kue"" (Longtooth Grouper), high-quality vegetables, and even his kitchen utensils and flatware. The antique European furniture blends into space well, the frying pans are made of copper, and the flatware is specially ordered Arita ware. Everything speaks to Mr. Otani's detailed attention to beauty.

Wine offered is mainly French and California selections by a sommelier. Japanese sake and shochu are also available. The interior is divided into 14 counter seats and 2 semi-private rooms (4 seats and 5 seats). On Sundays and holidays, families with children can make use of the semi-private rooms. Customers are mostly business guests, friends, or couples. Overseas business guests enjoy the restaurant, too. 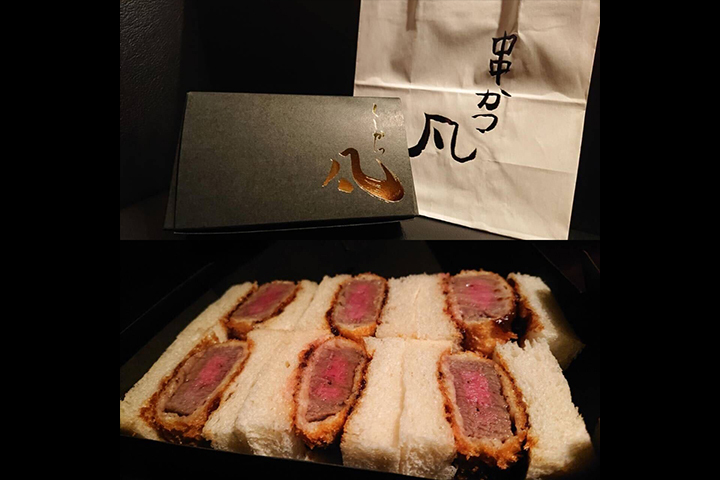 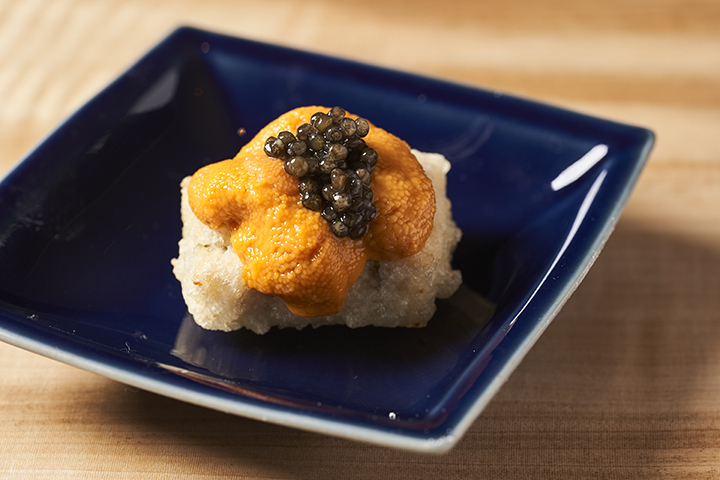