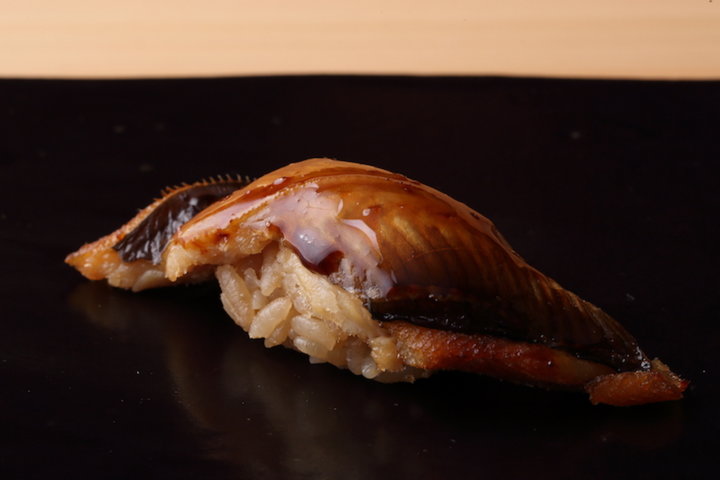 The ingredients are sourced from the same producers used by "Takumi Tatsuhiro", and rather than serving side dishes and nigiri sushi alternately, the restaurant's set course focuses on nigiri, with 12 kinds of nigiri as well as rolled sushi, egg, and steamed dishes. The seafood is sourced from nearby Toyosu or shipped directly from locations all around Japan, including Hokkaido, Ishikawa, and Kyushu. The sushi rice is Hanamizuki rice from Nishi's native Ishikawa. The sushi vinegar is a blend of Kyoto Io Jozu red Fuji vinegar and rice vinegar—a Tatsuhiro brand original. The wine selection consists of naturally made wines from Japan, Italy, and the United States, with three to four varieties of red and white respectively available by the glass. The selection of 12-13 seasonal Japanese sake is best enjoyed warm, and can even be warmed to your preferred temperature.

With eight counter seats, the lounge style interior creates a sense of playfulness. The design makes liberal use of Japanese cypress, while the arch-shaped wall constructed of roof tiles serves as an accent. The restaurant's exterior sports a chic, predominantly black design. During the cherry blossom season, small windows allow diners to enjoy the view of the flowers from one area of the restaurant. A great choice for a sushi lunch with your coworkers, family or friends. Enjoy superior time at the restaurant's relaxed atmosphere together with luxurious sushi and sake. 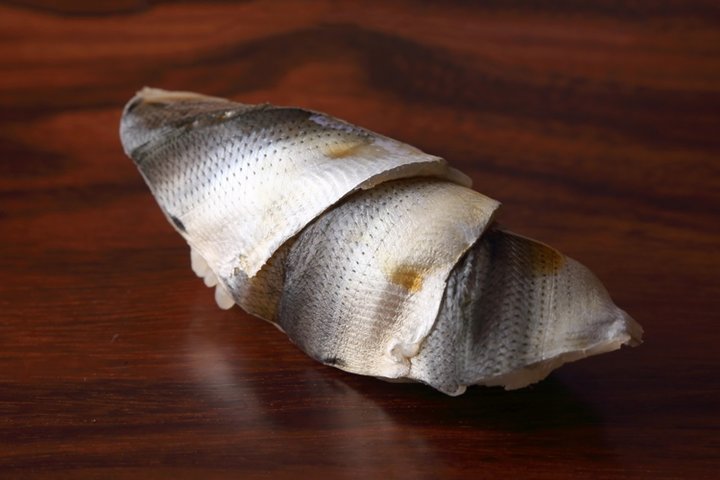 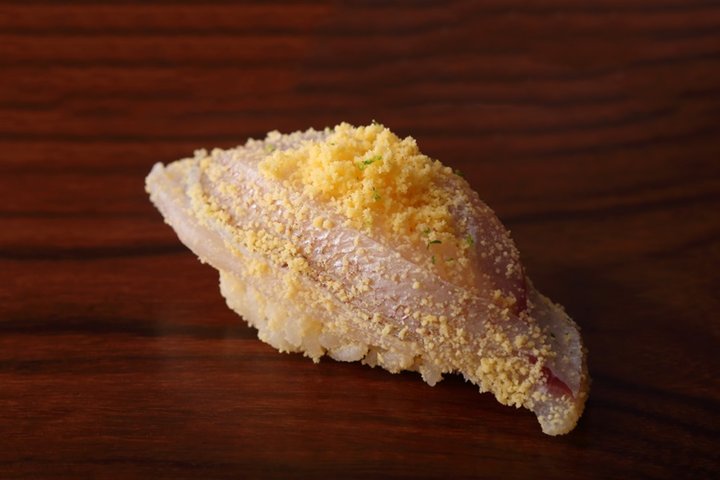 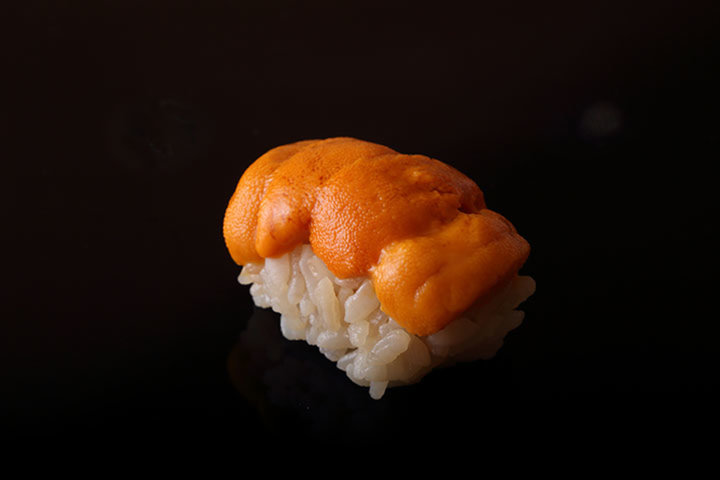 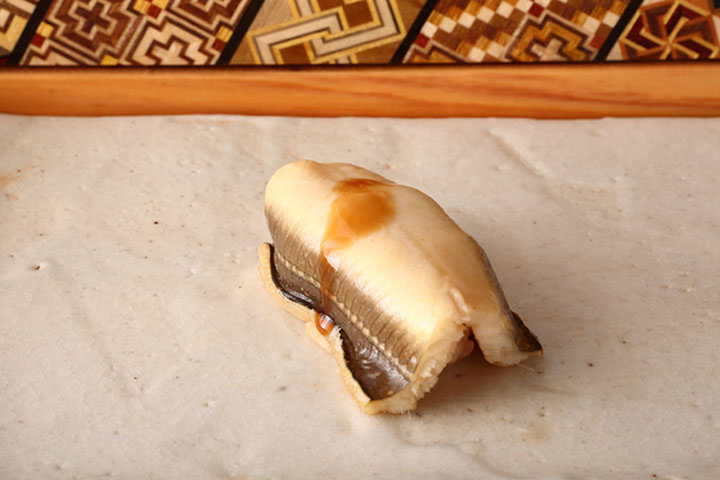